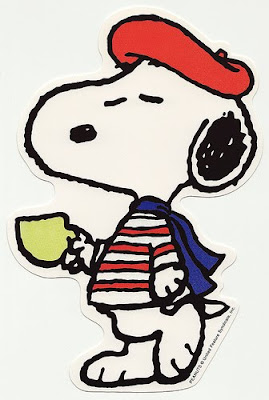 (In the Parthenon of the Gods of Finance, Benoît B. Mandelbrot should be cast on the throne. Taleb is an amuse bouse, Mandelbrot is a five star feast. When he was a pup he was tutored by his uncle who saw rote learning as an anathema. At the age of 20 he found himself hiding in Lyon, France(1944) staring at an instructor who was expounding on algebra. The words and numbers meaning nothing to him, he boldly declared, "Sir, you don't need to make any calculations. The answer is obvious."

As further described in the book The Misbehavior of Markets:

'He{Mandelbrot} described a geometrical approach that yielded a fast, simple solution. Where others would have used a formula, he saw a picture. The teacher skeptical at first, checked: Correct. And Mandelbrot kept doing the same thing, in problem after problem, in class after class. As he relates it, 'It happened so fast I was not conscious of it. I would say to myself: This construction is ugly, let's make it nicer. Let's make it symmetrical. Let's project it. Let's embed it. And all that, I could see in perfect 3-D vision. Lines, planes, complicated shapes.'

Thinking in shapes, just like Einstein. Time and space/price and form .... oh my! -AM)

IU.eu: Professor Mandelbrot, it’s nearly fifty years since you published your study of the variability of cotton prices, showing that they did not follow the bell-shaped curve of the normal distribution and were subject to jumps. Yet academic finance theory is still largely based on assumptions of continuity in price movement and the bell curve. Why do you think it’s taking so long for the plentiful evidence of wilder market behaviour to be reflected in accepted theory?

Mandelbrot: This is a very complicated story. Early on it was simply a matter of the relative difficulty of my work. Bachelier’s 1900 model of financial stock price movements (which assumes a “random walk” and underlies classical finance theory – IU.eu comment) is quite easy to understand for people who have elementary statistics. The 1973 Black Scholes model of option pricing is largely a restated version of Bachelier, who was a great man and did not receive the acclaim he deserved as he wrote terribly.

What I introduced was more complicated and, although my initial publication met with great enthusiasm, I found that academic interest moved away from me, and so I also moved to different problems entirely in my work. Nobody was around to pick up the torch and fight. For my work to have been taken up would have required either a strong personality or, more likely, a major upheaval in the markets. So the timing was wrong. At that time finance was being studied by people who had an undergraduate background in English or French or literary economics, so they could not do much in the new direction which I was proposing.

After a number of years, particularly after the October 1987 crash, I returned to the subject and published several papers, and since then a number of people have come into the game. But it certainly requires more preparation and the mathematics is less easy than that which underlies Bachelier’s theory.

IU.eu: What do you think financial theorists in 50 or 100 years’ time will be using as their measure of risk? Will they have moved away from standard deviations, Sharpe ratios, efficient frontiers?

Mandelbrot: I certainly hope so. But young people are very free with predictions. I’m an old man and so I make no predictions about what might happen! During my career I’ve often seen that ideas which deserve to be taken seriously are ignored for a long time. Having said that, I think that things are looking up: a number of books on the subject have appeared and it’s a pleasure to see that this is happening. And the followers of the 1900 Bachelier theory have a lot of explaining to do when they claim that the world is as simple as the random walk principle suggests – that successive price movements are independent and normally distributed.

IU.eu: In your book, “The Misbehaviour of Markets”, you propose a measure called alpha, which measures how wildly prices vary, and an H-exponent (or Hurst exponent), which measures the dependence of price changes on past price changes. How have these ideas been taken up?

Mandelbrot: As you probably know, books on “fat tails” have become numerous, so many people are looking at measures of wildness or roughness in price movements. There are also books coming out that use my suggested notation, which is rewarding for me to see.

Even when Bachelier’s model was widely accepted, many brokers and non-academic students of the market were making fun of it, saying that the world is not that simple. The theory assumed continuous price variation, which I found utterly unbelievable.

IU.eu: With the enormous expansion of computing power, it’s obviously possible to analyse vast amounts of data. Is it a question of people just spending more time looking at the empirical evidence, trying to find out what the characteristics of a particular market are, and then developing new theories based on the evidence?

Mandelbrot: Science is more complicated than that. However, it’s astonishing how easy it is to do today what I did with great pain 50 years ago. And the only reason I could do my work then is that I was working at IBM and they allowed me use of their computers over holidays (at Christmas, for example).

Science requires certain tools but also an idea and an acceptance of change, something that is interesting to define. All the scientific innovators saw something interesting where others saw only confusion. The tools to conduct the analysis – for example, high-powered computers – are necessary, but not sufficient.

It’s very subtle how scientific research progresses differently in different areas. In some of the areas I’ve worked in, the reaction was very positive, other people jumped in, the area became extremely widely known, high school students would write papers about it and the simple ideas were soon exhausted. In other fields it’s been an uphill struggle, often because there is a group of individuals who don’t want new-fangled ideas. They want to continue in their way and there is no authority to push them aside.

IU.eu: What are the implications of your work for the way in which the financial system has been allowed to develop and, in particular, for the amount of debt in it, which presumably increases the risk of a catastrophic failure if market movements are wilder than conventional theory supposes?

Mandelbrot: I’ve heard this remark several times. I’ve been very much an interloper in several fields. I was not trained as an economist at all, although I did an economics course during my Masters studies in France. I paid no attention to it as the course wasn’t examined and it was very theoretical but not mathematical. I try to keep to things that I understand and not go onto shaky ground in general questions that I don’t know much about and where I don’t feel I have any competitive advantage.

However, what you say are things that I fully realise and I hope that people are going to pick them up. There’s a big question over how academia is going to react to recent events. Over the last few years there’s been much more openness to ideas that fall outside Bachelier’s classical finance theory, but these ideas are still outside official doctrine and off the syllabus that is taught in business schools. I hope that these ideas will spread but I have no idea how fast this will happen. And now I’m retired from teaching I have very little day-to-day influence over what’s happening.

Even when I was Sterling Professor at Yale, although I was in the maths department I had many students from other faculties, including economics. Even then it was clear that there was a very strong establishment within the university that found my ideas to be disturbing to daily routine.

IU.eu: On a personal level, I’ve seen you quoted as saying that your family history, your changes of country and the fact that you were forced to study both outside formal education systems and in different disciplines actually helped you to have an outsider’s view of things and to look at mathematics from a different perspective. If you were advising a young person now, what areas apart from mathematics might be studied productively by someone interested in your theories of roughness?

Mandelbrot: In mathematics there are some areas that study roughness, but the fact that the word “fractal” had to be invented strongly suggests that mathematicians had not previously considered this to be an area of great importance. There were individual ideas that I put together into fractals that were already studied, however.

But I’m very struck that now in mathematics literature “fractal” has become a very common word. It has brought together in pure mathematics ideas that are very fruitful and many people are occupied with them. The Fields prize in mathematics, which is awarded to those aged under forty, has now been given to three different people who have developed my work.

I’ve had a long and complicated life and I’ve repeatedly seen people who knew very well what should be done next fail, and I’m not eager to become a prophet to be falsified!

When I came up with fractals, this was contemporary with a major decision of an international committee in applied mathematics, made up of very distinguished but narrow-minded people. They said that the difficulties involved in discontinuous functions or the “wild things” I was studying were such that one shouldn’t even mention them in the context of engineering or economics, because they would confuse people.

By fluke I had an advance copy of the statement of this society and was passing through Zurich, where the head of the committee was teaching. I went to see him and said, “I think you shouldn’t publish this, since the things you want to throw out of the applied mathematics curriculum are central to studying many things of great importance, like stock markets or earthquakes.” I never heard of this proposal again.

So although I’m daring in having fought for the ideas I’ve worked on, I’m uncomfortable making predictions. I’ve seen so many of them get nowhere.

(Mandelbrot saw finance as an interesting field of study because of the exhaustive nature of longitudinal data sets such as cotton prices. He was able to show that discontinuous market movements exhibited scalability, i.e., fractal behavior, when plotted on engineering graph paper - the kind with logarithmic scales in both directions. This was prima facie evidence of a power law behavior within markets. Power law merely describes the nature of a logarithm. The logarithm of a number to a given base {base 10 describes of course what most of us are familiar with)is the power or exponent to which the base must be raised in order to produce the number. So, for example, the base 10 logarithm of 100 is 2, because 2 is the power to which 10 must be raised to produce 100. Although this alone should have resulted in Bachelier's theory of the random walk being consigned to the dustbin of history, to quote Henry Miller, 'A man can get to love shit if his livelihood depends on it, if his happiness is involved.' -AM)
Posted by Anonymous Monetarist at 9:03 AM