Repost: Think outside the cave: In chaos theory outliers are 'first movers' 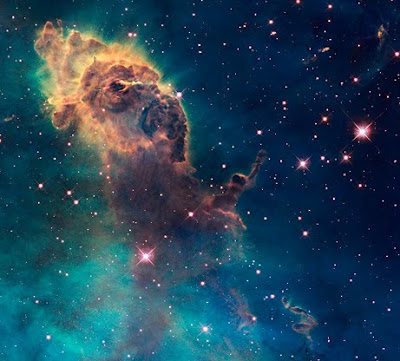 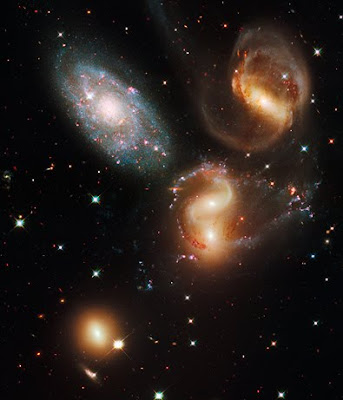 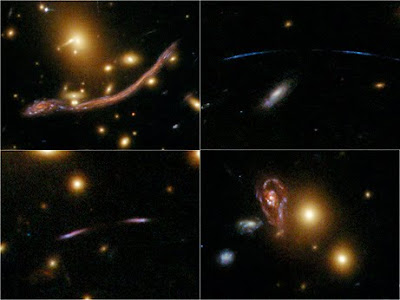 A group of astonomers eager to map the vastness of space, were allotted time on the Hubble Space Telescope reported National Geographic several years ago, and they were stunned to develop pictures of what they thought were empty space.

I remember staring at the pictures the Hubble revealed to them of galaxy after galaxy and thinking ... reality doesn't look real.

And strange attractors, mathematical portraits of order within a chaotic environment, solution spaces that traces the behavior of a complex system over time, revealing how it is attracted to an ideal state - essentially revolving around it.... why strange attractors seem to be like the Forms articulated by Plato in the Allegory of the Cave.

WIKI: 'Plato imagines a group of people who have lived chained in a cave all of their lives, facing a blank wall. The people watch shadows projected on the wall by things passing in front of a fire behind them, and begin to ascribe forms to these shadows. According to Plato, the shadows are as close as the prisoners get to seeing reality. He then explains how the philosopher is like a prisoner who is freed from the cave and comes to understand that the shadows on the wall are not constitutive of reality at all, as he can perceive the true form of reality rather than the mere shadows seen by the prisoners. The Allegory is related to Plato's Theory of Forms, wherein Plato asserts that "Forms" (or "Ideas"), and not the material world of change known to us through sensation, possess the highest and most fundamental kind of reality.'

And so Plato would opine the chair you sit in is just a representation of the perfect form of a chair.

Quantum physicists would opine that the perfect form is a probabilistic wave function and the chair you are sitting in as but one of all possible representations.

The first picture above is an updated version of 'the birth of a star' the second picture is a few galaxies hangin' out in close proximity and the last picture, which excuse my geekness... is totally cool... is described as:

In a set of four photographs released September 9, 2009, the massive galaxy cluster Abell 370 bends the light of galaxies behind it, creating funhouse mirror-like reflections in space.

One such effect, the "Dragon" (top left), is actually several reflections of a background galaxy overlapping one another, Hubble science oversight chair Bob O'Conner explained.'

The point of this posting is to reflect a moment on this third picture.

From his earlier relativity theory, Einstein had related mass and energy in the famous equation: -E = mc²

BN.com review of Einstein, The Real Story of the Man Behind the Theory: 'The year was 1907, and Einstein was about to challenge two centuries of scientific belief. According to the scientific mastermind, Sir Isaac Newton had it all wrong; gravity was not pulling us towards the Earth, but massive celestial bodies like the sun and the planets were constantly bending time and space, around us, pushing us towards the ground with every movement. But scientists weren't convinced, so in order to prove his theory Einstein surmised that we would need to take a photo of a solar eclipse. He theorized that light from a distant star, while traveling around the sun, would be bent by the sun's gravitational pull. In the aftermath of that announcement, astronomers across the globe raced to photograph an eclipse in order to verify or debunk Einstein's claim. But getting that photograph was no simple task, because in the years that followed war, weather, and mathematical mistakes undermined the astronomers' efforts at every turn. When the photo was finally taken in 1922, Einstein's theory was proven correct, elevating him to the status of global icon.'

The point being that one of the most fascinating aspects about Einstein is that he was generally shocked to discover that people did not think in shapes like he did.

'I simply imagine it so, then go about to prove it', he said. 'Imagination is more important than knowledge. I rarely think in words at all. The words or the language, as they are written or spoken, do not seem to play any role in my mechanism of thought. The physical entities which seem to serve as elements in thought are certain signs and more-or-less clear images which can be `voluntarily' reproduced and combined.'

Think outside the cave.
Posted by Anonymous Monetarist at 9:36 AM