These are the voyages of the starship Nancy Capitalism; to explore new outrages, to geek out new strife and new rationalizations, to boldly go ... 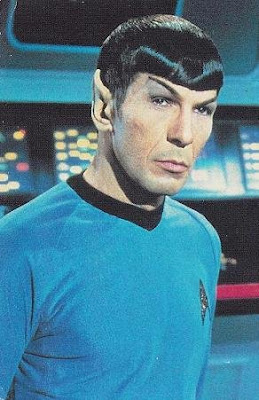 'The lights are growing dim Otto. I know a life of crime has led me to this sorry fate, and yet, I blame society. Society made me what I am.'
- Duke (Repo Man)

Motorcycle Cop: Whatcha got in the trunk?
J. Frank Parnell: Oh... You don't wanna look in there.
(Repo Man)

'Lehman Brothers' liquidity was a mirage. The firm said in early September 2008 that it had liquidity of $41 billion. The {bankruptcy examiner's} report says it had shrunk to just $2 billion two days later.'
-WSJ Heard on the Street

'Reading through the thousands and thousands of pages of Valukas' report has proven...quite entertaining. After having first uncovered the Repo 105 accounting gimmick, and E&Y (and, in a normal society, Tim Geithner) coffin nail, we are convinced that this is just the tip of the iceberg, and sure enough, as we read along, more stunners come to light. We will update .... with new discoveries, but for now, we present the episode of the Fenway Tri-Party Repo Market Clusterf%$* ("FTPRMC"), The Part Where Lehman Lied To Its Shareholders, And The SEC Gets The Middle Finger (Again), and the parable of Ben Bernanke's And His Scale Of 0 To 100 Of Systemic F%*$%dupedness.'
-Zero Hedge


These are the voyages of the starship Nancy Capitalism; to explore new outrages, to geek out new strife and new rationalizations, to boldly go where no pablum narrative has gone before.

Chances are if you're reading this post you're also a ZH reader so won't belabor the pins they are currently pushing into the Lehman pablum narrative voodoo doll.

Suffice to say, mistakes were made.

Mistakes, oh gentle reader, that would not be so graciously afforded to us common folk.

You see, if you or I, were to have a small business, with small creditors, and were then perchance to happen upon misfortune, say insolvency, then creating transactions out of whole cloth would not be an accounting gimmick or a balance sheet irregularity...

Verily, you or I, would be welcomed by the stilettos of opposing counsel doing a 'fraudulent conveyance' dance on our collective noggins.

But you see, in the Land of the Elites, the straw man of 'ordinary course of business' is raised up the Nancy Capitalism flagpole. It is, sardonically, a moving argument in the context that fraudulent conveyance has been institutionalized by GAAP, the SEC, the rating agencies, and their enablers.

If only there was some way for us gentle folks to comprehend such meanderings...

An analysis of more than 70,000 galaxies by University of California, Berkeley, University of Zurich and Princeton University physicists demonstrates that the universe - at least up to a distance of 3.5 billion light years from Earth - plays by the rules set out 95 years ago by Albert Einstein in his General Theory of Relativity.

By calculating the clustering of these galaxies, which stretch nearly one-third of the way to the edge of the universe, and analyzing their velocities and distortion from intervening material, the researchers have shown that Einstein's theory explains the nearby universe better than alternative theories of gravity.

One major implication of the new study is that the existence of dark matter is the most likely explanation for the observation that galaxies and galaxy clusters move as if under the influence of some unseen mass, in addition to the stars astronomers observe.

Einstein's General Theory of Relativity holds that gravity warps space and time, which means that light bends as it passes near a massive object, such as the core of a galaxy. The theory has been validated numerous times on the scale of the solar system, but tests on a galactic or cosmic scale have been inconclusive.

These tests do not tell astronomers the actual identity of dark matter or dark energy. That can only be determined by other types of observations, such as direct detection experiments.

AM Here : Methinks you get the gist of my jibe. In the shadow banking system, only the occasional direct detection experiment
(bankruptcy examiner's report) can provide the actual identity of the dark matter, the unseen mass, that is exerting its' influence on our observable economic universe.

We all see, and are all experiencing, the distortions from this intervening material.

Nancy Capitalists in a Sovereign Democracy that are Hell Bent to Seek Rent. (AM Rule #10)

To stretch the analogy to a more chilling conclusion, dark matter accounts for the vast majority of the mass in the observable universe. Only future direct detection experiments / bankruptcy examiner reports / Fed Audits will truly tell us how far down the quantum rabbithole we are.

Or in other words , yes Virginia there is no collateral. (AM Rule #4)
Posted by Anonymous Monetarist at 9:28 AM

If Lehman filed bankruptcy, I could see how the use of cash to pay off some creditors instead of others resulted in a preferential payment that could be canceled by the bankruptcy trustee.

But I'm not seeing the fraudulent conveyance.

They represented financing transactions as sales days prior to reporting periods to reduce reported net leverage and balance sheet.

Was this transfer made to swindle,hinder or delay a creditor?

Was this material misrepresention of their balance sheet and leverage resultant from transferring assets for less than the reasonable equivalent value of those assets?

That would turn on whether or not the overcollaterization and resultant haircut would meet that threshold...

On a stand-alone basis maybe/ maybe not.. but when you are insolvent any cash out the door that is less than fair value is fair game for creditors.

It is not a stretch to suggest that this gimmickery when uncovered by a potential buyer would have DRAMATICALLY reduced the value of the debtor's estate. So there are the transactions and then the add-on effect of same.

Regardless, a ruse by any other name still smells as %$*@@.

wow this is quite complex for someone like me to comprehend after reading all the blogs, but after watching this video i could see the big picture. i probably am a visual learner. but that is good to know so dylan and eliot can explain it to layman.

Eliot Spitzer On 'Dylan Ratigan Show': 'There Is Evidence Of Civil And Criminal Misconduct'