Street jiggin' in hopes of J6P piggin'.. and the fringe?...it be wiggin 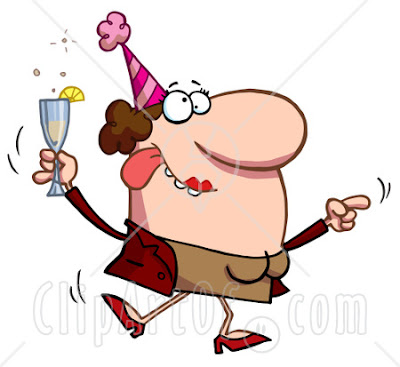 Street getting jiggy with it.

Just a matter of time donchaknow until Ma and Pa Kettle are willing to bet that farm again. MSM peppering them with the pablum narrative that the nascent recovery is becoming more and more secure each and every day... how can you not brothers and sisters invest for the long term? Profits set to ramp, earnings set to launch ... now is the time! Get on board or get left behind.

Leading or lagging? Most assuredly quite nagging... as angels of proprietary are being swamped by the institutional diktat against sobriety.

And please o ye analyticus ursinus don't beleaguer us, howl the Nancy Capitalists, with inconvenient truths such as seasonal adjustments or past revisions or government intervention distorting statistics.

Street jiggin' in hopes of J6P piggin'.. and the fringe?...it be wiggin!

On February 1, we wrote here “Either three days of accelerating ‘scary’ drops will appear soon, to finalize this decline, or markets will meander…”. Immediately following, a sharp drop materialized culminating with the low during the day of February 5. And this: “Whether a seasonally higher April or May peak is in the cards remains a debatable issue and the cycles need not be rushed into a premature judgment.” Yep, still debatable!

The Bradley Model goes down from now to late September as the astronomic pressure grows more and more deleterious into the most powerful major alignment we have ever seen. Zimmer in Vienna (Amanita) calculated the Bradley back 200 years and has seen nothing so potentially damaging.

At the recent NCGR conference in Cambridge, Mass., another astrologer said they checked back for sky patterns a thousand years and another piped up that they had looked back Ten Thousand years and neither had seen this one’s match!

One need not be particularly “superstitious” to take minimal precautions in these challenging times. The Mormons are required to hold 2 years worth of food and water in their homes. What do THEY know? The HOPI say that this fifth destruction of the world will be by Earthquakes this time. With the events of recent days, maybe one should head for some high ground… but NOT with ‘overhanging’ ground.'

AM here: 'Tis a good thing that us Moderns with our fancy models and prophetic prognostications based on random-walk and fundamental analysis don't believe in this kind of stuff eh? Golly gee so what if the orthodoxy predicts that index swings of more than 7 percent should come once every 300,000 years. So what if the twentieth century saw forty-eight such days.

So what?
Posted by Anonymous Monetarist at 11:24 AM

posted a reply to your
some high ground… but NOT with ‘overhanging’ ground.'

love it.
ps just to be truthful i am not at all as smart as you. i try though, by reading and than googling to find out what the heck most posters are talking about. but hey everyday is awakening for me.

We can learn anything if we set our mind to it.