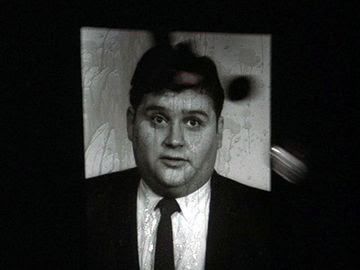 In late 2004, the Federal Reserve Board, Federal Deposit Insurance Corporation and the Office of Thrift Supervision decided that asset-backed commercial paper put into special purpose vehicles known as conduits would not have to be consolidated for purposes of calculating capital requirements. And the regulators decided that banks need only reserve against 10 percent of the amounts put into conduits even when they guaranteed that investors would be repaid if there were a run on the conduits. Previously, securitizations typically put investors on the hook for that risk.

The research, originally published in May 2009 but revised in late January and entitled “Securitization without Risk Transfer,” found that the amount of subprime assets securitized through such vehicles soared in the wake of the exemption, even though the liquidity guarantees extended to investors meant that little or no risk had been transferred to them.

“Regulation should either treat off-balance-sheet activities with recourse as on-balance sheet for capital requirement and accounting disclosure purposes, or, require that off-balance sheet activities do not have recourse to bank balance sheets,” the authors, Viral V. Acharya and Philipp Schnabl of New York University and Gustavo Suarez of the Federal Reserve, conclude. “The current treatment appears to be a recipe for disaster, from the standpoint of transparency as well as capital adequacy of the financial intermediation sector as a whole.”

FASB Chairman Robert Herz said the concept has been so stretched in recent years he “wholeheartedly” endorses elimination of QSPEs. “The crescendo has been the latest round of very problematic assets securitized using this approach,” he said, involving “hundreds of billions, if not trillions, of dollars in assets.”

Goldman Sachs? Oh hell, you tell me... trying to get clarity on their book is like lookin' for celibacy in a house of ill repute.

Oh and don't forget the grandaddy of all blackholios, FANRON...

On Christmas Eve Timmy G popped the cap and a week later Fannie wound up all of their QSPE trust funds bringing about 2,500,000,000,000 back on their balance sheets!

In November, FASB and the LASB reaffirmed their commitment to a 2006 Memorandum of Understanding (MoU) that outlines major convergence projects scheduled for completion by June 2011.

For two major accounting standard setters to complete such a ... project in less than two years would be unprecedented. The June 2011 deadline, however, has been affirmed by the Group of 20 (G-20) leaders; former Federal Reserve Chairman Paul Volcker, who chairs the President's Economic Recovery Advisory Board; the SEC; and the Financial Crisis Advisory Group that was set up to advise FASB and the IASB on how they should respond to the financial crisis.

FASB's main change was the elimination of qualifying special- purpose entities, or QSPEs. Eliminating the QSPE requirements potentially could cause many entities applying U.S. GAAP to retain more assets and liabilities in their statement of financial position.

In 1981 Armstrong formed Princeton Economics and, in 1998, he established a hedge fund in partnership with Magnum Global Investments.

During that time he developed a financial prediction model called the "pi-cycle model" and published long term forecasts which are still monitored by the financial press. In the United Kingdom, for example, a popular financial magazine Money Week published an article on Martin Armstrong on March 27, 2007, titled "The strange case of the jailed market genius". In that article they highlighted the model had predicted a major top in financial markets for February 27, 2007, with the next major bottom being June 18, 2011.