The windfall apples need be reserved for the more equal brainworkers. 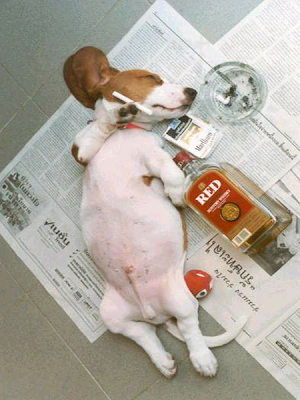 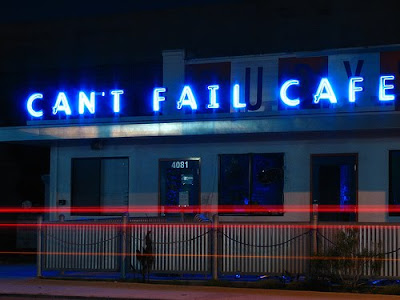 Butch Cassidy: Do you believe I'm broke already?
Etta Place: Why is there never any money, Butch?
Butch Cassidy: Well, I swear, Etta, I don't know. I've been working like a dog all my life and I can't get a penny ahead.
Etta Place: Sundance says it's because you're a soft touch, and always taking expensive vacations, and buying drinks for everyone, and you're a rotten gambler.
Butch Cassidy: Well that might have something to do with it.

{There are two ways a man goes broke}, 'slowly,and then all at once'.
-Ernest Hemmingway

'There was a crime. There was a victim. And there is punishment.'
-Rusty Sabich

'There is no sadder sight than a young pessimist.'
-Mark Twain

"Comrades! You do not imagine, I hope, that we pigs are doing this in a spirit of selfishness and privilege? Many of us actually dislike milk and apples. I dislike them myself. Our sole object in taking these things is to preserve our health. Milk and apples (this has been proved by Science, comrades) contain substances absolutely necessary to the well-being of a pig. We pigs are brainworkers. The whole management and organization of this farm depend on us. Day and night we are watching over your welfare. It is for your sake that we drink that milk and eat those apples. Do not imagine, comrades, that leadership is a pleasure. On the contrary, it is a deep and heavy responsibility. No one believes more firmly than Comrade Napoleon that all animals are equal. He would be only too happy to let you make your decisions for yourselves. But sometimes you might make the wrong decisions, comrades, and then where should we be? The importance of keeping the pigs in good health was all too obvious. So it was agreed without further argument that the milk and the windfall apples (and also the main crop of apples when they ripened) should be reserved for the pigs alone."
-Squealer (Animal Farm)

Economists may be debating when the recession ended, but small business owners report little pick up in their sales or confidence in March, according to a report released Tuesday. The weak readings explain why small businesses remain reluctant to hire.

The NFIB noted that nine of the 10 components declined or failed to contribute to an increase in the top-line index. The lone improvement came in the subindex covering expected business conditions. It rose 1 percentage point to -8%.

The report said 34% of respondents said “weak sales” were their top business problem. The subindex on earnings trends fell 4 points to 43%, and sales expectations subindex dropped 3 points to -3% in March.

The drop in confidence among small business owners comes as economists are debating when the recession ended. The National Bureau of Economic Research said Monday it was still “premature” to set a date for the economy’s trough. The NFIB reports suggest that while the overall economy is growing, pockets of pessimism remain.

AM Here : Holding the comics up to the light tis clear that the NBER believes that 'Employment, inflation, productivity, GDP, and other sundry stats are massaged into irrelevance' (AM Rule #2), as evidenced by their commentary that 'in examining the behavior of domestic production, we consider not only the conventional product-side GDP estimates, but also the conceptually equivalent income-side GDI estimates.'

As previously mentioned on this blog :

(King Report)Per John Williams: Gross Domestic Income (GDI)" is the theoretical equivalent to the GDP, but it is not followed by the popular press. Where GDP reflects the consumption side of the economy, GDI reflects the offsetting income side. When the series estimates do not equal each other, which almost always is the case, the difference is added to or subtracted from the GDI as a "statistical discrepancy."

Although the BEA touts the GDP as the more accurate measure, the GDI is relatively free of the monthly political targeting the GDP goes through.

"Gross National Product (GNP)" is the broadest measure of the U.S. economy published by the BEA. Once the headline number, now it is rarely followed by the popular media. GDP is the GNP net of trade in factor income (interest and dividend payments).

Games played with money flows between the United States and the rest of the world tends to mute that impact on the reporting of U.S. GDP growth.

The Street, US government and financial media reported and followed GNP until 1987 because at that time the US turned from a net creditor to a net debtor; and GNP sank on the outflows of cash.

GDI fell far more sharply in the teeth of the recession, dropping at a 7.3% annual rate in the fourth quarter of 2008, and 7.7% in the first quarter of 2009. GDP, in comparison, fell by 5.4% and 6.4%. Moreover, while GDP showed the economy began to grow in last year’s third quarter, GDI showed it continued to contract.

AM here:Or in other words: 'Mr. Hand's strong dollar policy is the chimera of currency debasement masquerading as America's wealth exporting machine that is regularly promulgated by our leaders as an exceptional example of America's resiliency.' (AM Rule #5)

A rose by any other name doth smell less sweet. Rosy numbers and numbers rasa. GDI is an elephant in the womb. As is unemployment. Unemployment levels and changes thereof also play a major part in defining expansions and recessions. We all know that reported unemployment numbers are skewed but what is absolutely never reported in the MSM is that empirically employment levels are now WORSE than the WORSE levels of the Great Depression Volume 1.

Back in those days, before the Federales massaged the relevancy of statistics into the pablum narrative rabbithole it was pretty simple to calculate the unemployment rate.

Of course back then the labor force grew, now we bid the unemployed adieu.

And back then the labor force was 'defined' a tad differently.

From the Congressional Research Service's : The Labor Market during the Great Depression and the Current Recession.

The 1940 census of the population was the first statistical undertaking to include questions on the labor force defined as persons who are employed or without jobs but actively seeking work within a prescribed period of time. Before then, the 1930 census of the population, the 1937 census of unemployment, and the occasional survey conducted in various states and cities utilized a very different concept—the “gainful worker”—that is, individuals who had at some time worked in an occupation in which they earned money or the equivalent, or in which they assisted in the production of marketable goods.

With passage of the Fair Labor Standards Act (FLSA) in 1938,the age limit for employment in manufacturing industries was raised to 16 years, which effectively reduced the number of job opportunities for young persons. This, in turn, might have prompted some teenagers to refrain from entering the workforce and instead, remain voluntarily in school after reaching age 14.

The increase in unemployment was greatest among young workers. The number of unemployed 14 to 24 year olds rose by 251% between 1930 and 1940. The Fair Labor Standards Act (which prohibited 14-and 15-year-olds from working for manufacturers) effectively limited the job options of the very youngest workers as well.

It would appear though that prior to 1938, there were a lot of unemployed 14 and 15 year olds that were included in the unemployment rate.

That makes the following study even more frightening.

Marginally attached workers - Persons not in the labor force who want and are available for work and who have looked for a job sometime in prior 12 months (or since the end of their last job if they held one within the past 12 months), but were not counted as unemployed because they had not searched for work in the four weeks preceding the survey.

These estimates may be low given what has happened in the economy and the lack of current data. For example, individuals going to colleges and universities have increased dramatically during the current recession/regional depression but are not counted as part of labor market

AM here: Kids say the damnedest things don't they?

And its' the kids that we should be worried about, the nascent buster generation, the potential generation zero.

A German trading partner, who had recently returned from a trip to the Fatherland, told me that he has noticed several changes lately : 1) Not as many big cars on highways most new purchases seem to be for smaller and cheaper vehicles ; 2) Almost obsessive focus on economy and finance ... dominates small talk; 3) A general malaise on the big picture but satisfaction on ones' current situation with more focus on simple pleasures ... summarized by a 'could be worse' attitude... is that todays' optimism?

The truth sublime Mr. Twain, for your humble blogger hears the same pessimism among the youth here.

The Anglo version of Donaudampfschiffahrtsgesellschaftskapitän preparing for River Styx?

There was a crime (banksters too bankrupt to go broke), there is a victim (those not members of the Nancy Capitalist Club) and there is punishment (a DeadHead Economy as we navigate the black diamond demographic slope on the backside of Sugar Mountain).

There is no serotonin boost to being pessimistic, would much rather trumpet hope and short despair. But dismissing realities and ignoring history does not elicit an empirical conclusion that we'll avoid repeating what looks to be a quantum can of whoop ass reversion to the MEAN.

The importance of keeping the pigs in good health was all too obvious to our top-down strategerizin' Federales.

So it was agreed without further argument that the milk and the windfall apples (and also the main crop of apples when they ripened) should be reserved for the pigs alone.

But the band of The Hand can only conjure a Potemkin demand. Organic wage growth, absent for the last decade, comes from ... wait for it ... the productive allocation of capital when a free market pins winners and chooses losers.

That's why small business are crying give me customers or give me debt. But, no debt for you! the windfall apples need be reserved for the more equal brainworkers!

Phat, Plummed and Cupid is no way to go through strife Mr. Hand.

The insouciance of elites and the Antoinette economy...

This ends in tears or (hopefully not) fireworks.
Posted by Anonymous Monetarist at 9:09 AM

Bears are waking up
http://www.aspendailynews.com/section/home/140158
these are my kind of bears.
actually the black bear of
north america is splendid.
fascinating. i would take a bear over a bull in a heart beat.
you know, they can sit at a picnic table. i think this propaganda needs to be re evaluated.

just when i thought the world was going to hell in a handbasket i see some respect coming out of D.C.

I would take a bull over a bear for it is naive optimism that is at the heart of all entrepreneurial efforts (at least the first time).

Ah, but this fella is getting a little long in the tooth, the naivety is long gone, and I struggle to find much optimism in the swill of pablum narrative that masquerades as news...

My spider-sense tingles every time I pick up the comics (FT&WSJ)...