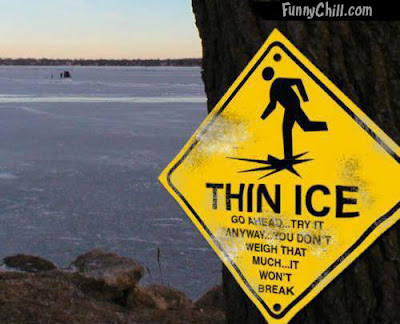 It does not and should not matter whether ACA was aware of who was going short or who was going long. Applying fiduciary standards to market-makers doesn't fly either. Parsing how 'sophisticated' a sophisticated investor really is ... holds no water.

Sole authority versus designing/selecting, sophisticated versus 'less-sophisticated', losing money versus couldn't dump the 's&*t', ...ah the stuff with which show trials are made.

The metaphorical perp walk and the enabling pablum narrative solvent of cleansing with the, of course, obligatory turning of the page.

Consider if you will, Deutsche 's proclamation that they have nothing to fear (never a good sign) : 'Both the long and short investors were given the opportunity to select the specific collateral to which they were seeking exposure and mutually agreed on the CDO portfolio.{The bank} said it did not use third-party collateral managers, which eliminated the potential for deception with respect to the role of such a manager.'

And compare this to a 'salient' point from the FT: 'When Mr. Levin asked whether an internal memo saying the CDO's composition had been agreed by ACA and Goldman was accurate, Mr. Tourre said, It's not very accurate...It could have been more accurate. He admitted he should have added that Paulson & Co. and IKB, a German bank that invested in the deal , had also participated in the CDO's creation - a crucial point in the regulators' complaints.'

Well, your humble blogger doesn't think the SEC is complaining that Goldie didn't disclose that IKB participated in the CDO creation for the SEC is rewriting its' mandate to protect what is allegedly an un-sophisticated sophisticated investor, but it is interesting that this representation of a finely parsed point that could help the SEC with a - harumphh- impartial jury is basically representing Deutsche's defense less the 'objective' third party 'deception-enablin' collateral manager.

In my limited dealings with Goldie and the like the principal question to ask was always, 'Where am I getting screwed?'. Because I hate to break it to you folks... that is the essence of capitalism. Screw or be screwed. Personal disclaimer: this fella chose quality over quantity, a process initiated when Morgan tried to backstab my sponsor by replacing him with me - and I walked much to utter astonishment and chagrin of my bond team - but the aphorism that if you can't find the sucker at the table, its' you...is the bedrock of our economic system.

If the case against Goldie is not a 'sad joke' as suggested in a previous post, then every other big bankster on the planet should be brought up on similar charges. Full stop.

In truth, the sucker here is apparent, and that sucker would be you gentle reader.

If Goldie was the pit boss, the accuser of same, the pontificating politico and her cohorts, was in fact the House. The fraudulent conveyan' , Nancy Capitalist enablin', Federales, abetted and abided the 'everything must go' free-market fire sale that spawned a multitude of pit bosses that were hell bent to seek rent.

Without prudent regulation, Marx, not Groucho was right.

Well we could always reinstate Glass-Steagal Mr. Levin... oh that's right, you voted to repeal that in '99 didn't you?

The magician's ability to get folks to ask the wrong questions belies the need for coherent answers, and we are fast approaching magic hour in the Bananarama Republic.

Financial reform derailed because Buffet is calling on his ~$50,000 investment in Ben Nelson to obviate the ~8 billion in collateral he would need to put up for the ~5 billion dollar premium he pocketed?

A Grecian downgrade right after the enemies of the people, the rating agencies, got wrist-slapped on the hill and curiously timed with the purported cessation of our debt monetization?

News breaks with the cycles and the cynics...

I've always held firm to the thesis that deflation is the midwife to hyperinflation. A real deflation, not just disinflation, requires liquidity evaporation due to multiple sovereign crises, where the backstop is called into question.

Don't let the sucker at the ice-skate stand be you.
Posted by Anonymous Monetarist at 7:10 AM

This is a document by the law firm Shearman & Sterling explaining how the SEC's mandate extends to enforcing the anti-fraud provisions of the Exchange Act and the Securities Act, even in the case of accredited investors. http://www.shearman.com/files/Publication/14b504dd-43c3-491e-9803-95d676b83718/Presentation/PublicationAttachment/3d629512-4eb3-4659-873e-b401f27789d1/AM-043009-Private-Offerings-to-US-Investors-by-Non-US-Investment-Funds.pdf

Registrations based on sales to accredited investors, are zero protection against lawsuits for violating the fraud provisions of the Securities Act and the Exchange Act.

And before you laugh at Levin and co. Read Ritholz's argument on the merits of the SEC case: http://www.ritholtz.com/blog/2010/04/10-things-you-dont-know-gs-case/

ex-lawyer Jim Rickards made similar noises about the merits of the SEC case.

And to be clear, I feel no sympathy for fools buying this crap. I think they were foolish, and did a poor job for their clients or investors.

On the other hand, I've seen people in my business crucified for telling fibs to sophisticated players. And it ain't pretty. But enforcement keeps people honest.

Heard about Ritholz's commentary through Honest Abe in Barron's...

He makes 1 point, 'The claim Paulson & Co. were long $200 million dollars when they were actually short is a material misrepresentation — that’s Rule 10b-5, and its a no brainer. The rest is gravy.'

Think in a back-and-forth with you previously had stated that the equity tranche was not part of the final deal, so not sure what the point is. The reference to Paulson being long was conditional, in some initial memo. Yes?
Was it in the final structure? Don't think so. That's damn weak stuff. Folks didn't read the final
deal? Seriously?

What other point does Ritholz make?
'What you don’t see are all the emails, depositions, interrogations, phone taps, etc. that the prosecutors know about and GS does not'. Uh.. well neither does Ritholz, so again, what is the point?

The rest of his commentary is blah blah blah...

And by the way Fabice Tourre just said under oath that he did not mislead ACA into believing that the fund, Paulson& Co., would buy into the CDO rather than sell it short.

So if he's lyin' he is a complete idiot and goin' up the river.

Waiting for every other bankster to be charged in the same fashion, most all of 'em culpable by this threshold.

Just got back from a jog and was thinking about Ritholz's 'pre-gravy' comment...

Now I wasn't privy to this deal getting circled but I'll hazard a guess as to what the equity tranche was all about...

Paulson was more than willing to put down a sliver of equity in order to secure the AAA, but once it was confirmed that the rating agencies would give the pixie dust lipstick without it, it went buh-bye...

Not unusual at all.

I mentioned Ritholz and Rickards to try to get some credibility to the idea that the SEC has a claim.

In terms of the SEC's claim, I think paragraphs 2, 3, 6, and 36 through 43 allege facts showing that SEC misrepresented the selection process to the investors. The other portions of the complain about misleading ACA may be true, but they are irrelevent because ACA was not an investor and ACA was not representing the investors.

You will notice that the statement of claims in paragraphs 67-74 does not depend at all on ACA's knowledge. It is not relevant, and I do not know why the SEC mentions it. It distracts from the claim, and lets GS's PR people talk about things that don't impact the SEC's case.

The fact that you mention that is relevant is that the investors's managers/fiduciaries were yield pigs that would have bought crap even if they knew Paulson was structuring the stuff because they wanted high-yield, and damned the consequences. That is a question of fact. And you may be right. And if you are, then the real villians are the fiduciaries who represented the investors. But that is a question of fact, you can't resolve that in a motion to dismiss. But I can easily see an impartial jury or judge deciding against GS.

The ratings agencies are the enemies of the people, the rest was 'enabled' noise.

The 'selection' process on almost any comparable structured product was a reverse engineering of the rating agencies 'models' that had been tinkered over time in collusion with their fee-paying clients for the end goal of getting the AAA pixie-dust lipstick on the selected pig.

Typing "pablum narrative" into google sure brings up some good reads.

you two, are quite the inspector clouseau.
enjoy it though.
always thinkin, are you boyz†

Its' the 21st century equivalent of 'howling at the moon.'