News flash: the noblesse oblige have determined that unspecified mistakes were made. Alfred Bernhard Nobel is convulsing in his tomb. 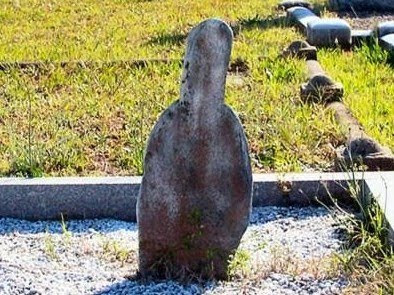 "For unto whomsoever much is given, of him shall be much required: and to whom men have committed much, of him they will ask the more."
-Luke 12:48

"To be sure, if noblesse oblige, royalty must do so still more".
- F.A. Kemble

'The price of greatness is responsibility.'
-Winston Churchill


The fella was insufferable.

A PHD who spent the majority of his time either tomcattin' or moaning about his latest pending grant application while sponging and/or co-opting funds from relatives. Always bemoaning his lot, he would in haughty fashion continually proclaim to those who might indulge him that he was too ADVANCED to take a job that might horror upon horrors, pay the rent for his family.

The best I could tell, his only contribution to society was intermittent book reports on groundbreaking fare such as 'smoking is bad for you.'

What made it worse was that he was my sister-in-law's husband.

So at family gatherings inevitably would get sucked into a conversation with him where your humble blogger would carefully parse out my conversation in exchange for his long-winded and often logically incoherent responses that would inevitably end in his metaphorically patting me on the head and acknowledging that I was kind of clever given that I 'only had a bachelor's degree.'

At one family soirée as the assembled gathered for a group photo he took the reins to organize folks for the shot and as all watched struggled mightily to figure out how to operate the Kodak.

In a loud voice, I cracked, 'Looks like you're too ADVANCED for that camera eh?'

The unbridled howls from the clan almost mitigated the aggregated unbearableness of past interactions.

Thought of the poor sop as I caught the brief article on page 2 of the Weekend FT on the inaugural meeting of the Institute for New Economic Thinking.

Organized by Soros, it included five Nobel prizewinners, and its' landmark conclusion was that the financial and economic crisis had exposed fatal flaws in the subject of economics and that ideas were urgently needed to keep economics relevant.

The conference participants could neither agree on the cause of the crisis nor the necessary remedies....

News flash: the noblesse oblige have determined that unspecified mistakes were made.

Alfred Bernhard Nobel is convulsing in his tomb.

Our blessed intelligentsia are at a loss in attempting to provide a summation of our 'I Can't Believe It's not Capitalism' plan in response to the 'What just Happened' crisis?

They just can't noodle the fact that we are Paying it Backwards, the next generation paying us to paper over the inevitable creative destruction that must occur and that will occur, which will inevitably lead to a DeadHead Economy as we navigate the black diamond demographic slope on the backside of Sugar Mountain?

It escapes them that the cold hard fact of our age is that the bankrupt ideology of the rich that had greatly succeeded in drafting the inner monologue of regular folks so that they would vote against their self-interests is colliding head-on with a Mr. Market that is a bit pissed off that we've inflated it out of the business cycle for the last quarter century? (AM Rule #6)

They just can't fathom that after World War 2, our blessed leaders, impressed by German 'organizational' skills crafted a policy of manufacture of consent; over time these techniques moved to the economic realm in an attempt to manufacture content; and now the Federales risk the manufacture of contempt, for it is only a Great Depression if they say it is? (AM Rule #1)

They are oblivious to the calamity that Mr. Hand's strong dollar policy is in fact a chimera of currency debasement masquerading as America's wealth exporting machine that is regularly promulgated by our leaders as an exceptional example of America's resiliency?(AM Rule #5)

No epiphany about the bane articulated by 'Nancy Capitalists in a Sovereign Democracy that are Hell Bent to Seek Rent', no insight in reference to the scourge that 'although we walk through the Valley of Debt we fear No Easing', no commentary on the riff that 'Socialized Guts will lead to diminished glories'?

And not a peep on how a flat tax and an across the board 20% cut would balance our budget lest we be 'pushed' down the fiscal stairs?

Not a whisper about dipping the banks in the acid bath of price discovery so that the organic phoenix of creative destruction can lift all of us up to a brighter future thereby avoiding the likely trip down 'generation zero' gulch?

How about a hushed acknowledgement that removing the profit element from health care would, horror upon horrors, allow us to join the rest of the civilized world so we can bypass being eternally cajoled by the idiot box to 'ask our doctors'?

Methinks they are too ADVANCED for our dilemma.

But what do I know, I only have a bachelor's degree....
Posted by Anonymous Monetarist at 9:33 AM

Even in acadamic economics, there is room to hope. There are some economics professors who don't slavishly believe in the neoliberal economic theory marketed by Fama, French, Markowitz, Merton, etc.

To help them, former GMO partner Paul Woolley founded a center to study market dysfunction at the London School of Economics. http://www.lse.ac.uk/collections/paulWoolleyCentre/

Professor Steve Keen is fighting the good fight down under: http://www.debtdeflation.com/blogs/

Don't give up hope. If people lose hope they'll vote with bullets, instead of ballots. And living through that wouldn't be fun.

yeah, yves smith of naked capitalism was at this soros conference in cambridge. so she wasn't commenting directly on her blog for about 3 days. but would sent texts saying she was in these groups for 15 hours a day or something. so i posted a comment about maybe some doubts in regard to soros and this thinker tanker pow wow. a reply to my post asked if i wanted to apply for an ann coulter position with a link to fox news. wow, i could possible say i am the direct opposite of ann coulter. i was rather insulted. oh well don't take it personally. i think NC blog is fairly really left. probably learn something when i speck my mind.
oh i am glad i have my dictionary app on my touch, cause i need it when i read your stories.

Well, Susan Webber is part of the 'brain trust' and has a book to feed.

Her site is certainly a venerable part of the blogosphere and her wit is caustic and usually well directed. Her reply to you however seems quite inappropriate. But when you are 'in' publicized dissent can only be made in an acceptable fashion. The left is often as ideological as the right although in my humble opinion the right is more hypocritical.

Even the good ones velobabe have economic considerations that muzzle what they truly would like to say.They would be forced to 'prove a negative' into perpetuity and find themselves 'frozen out.'

There are lines though she can't cross and there are boxes that even her anonymous alter ego need be contained by.

Established and led a New York-based mergers and acquisitions department for the world's second-largest bank. As part of worldwide effort, achieved top position in U.S.-Japan transactions in 1988 and first half of 1989.

We are in agreement Joe.

Am not familiar with Paul Woolley, thanks for the info.

Professor Keen is a favorite ... he is both a good fellow and exceedingly clever.

well of course she is highly educated but i don't want her to fall into this trap with soros and his games. the more i read about this man i don't think he has anybody's best interest in mind. but this planet seems to think he is like our savior. oh dear.

She treated you as a speck.

Soros? Well he made the bet and cashed his chips. 2B on the pound.

He also proposed a reasonable liquidation of the banksters, putting the bad speculative bets into the 'side pocket'.

Believe though that he envisioned folks paying a price for their foolishness as opposed to the current policy of 'wishing it away' and transferring the punishment for the crime from the perpetrators to their victims.