The hardest button to button, meatballs for nuttin, fiscal mcguffins versus a contrarian somethin' 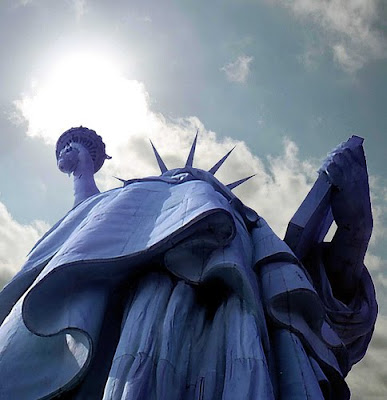 When Timmy G went to Euroland to pitch stress tests for what ailed 'em was it a set-up? After all, it is not so much a race to the bottom as it is a pace to a bottom. QE2 can't sail until Euroland hits the rocks again. We can't let their upcoming crisis go to waste.

If the U.S. stress tests were I.Q. tests, the EU tests were, in comparison, measuring sanity... as in over the long term only the insane would believe them.

For example did you know that part of most all big German banks balance sheets' consists of 'secret capital' (seriously that is what it is called) - loans from the state with non-disclosed terms. You didn't? Why, cause it's secret folks!

An example of German efficiency , they don't have to fight transparency all the way to the Supremes.

Sniffing down the banksters' rathole has already started on the Continent and believe you me, our national security apparatus, scratch that, the rating agencies, will step in whenever the planners and thinkers cast the 'appropriate' runes.

Ha! Mr .Money, one might say, the Federales could never plan so well. Certainly though they do plan, everyone does, as they paint themselves into the corner of the round-roomed recovery, fervently they beseech the Rhyming Gods to let the second easing mouse get the cheese. 'Tis but the matter of timing the trap.

Be that as it may ...let me interrupt this rant for something completely different.

It seems all the rage now to talk about depression, exhort the birth death model, and parse the cornucopia of fraudulence conveyance that is government statistics, with the only positive spin imaginable being some version of ' I may be going to hell in a bucket, babe. but at least I'm enjoying the ride.'

Yes, surprise, surprise, the demand restoration project is not working yet. And?

Let me spin a contrarian tale, the silver in the clouds of this approaching storm.

If you're going through hell, verily 'tis only one option, keep going.

When change is afoot you have two choices, you can either grab the surfboard and ride the wave or you can let it crash over you.

Do not count on government to save you, look in the mirror for your salvation.

I assure you that the majority of citizens on this planet do not have such an advantage.

As horrible as this will feel, in hindsight something wonderful is about to happen.

America needs to get its' mojo back, one citizen at a time.

Let's face it, as Americans we collectively think history does not apply to us or at least we have mastered it- we have grown up as the dominant power, we have basked in the fruits of that glory.

As such we, the citizenry, although troubled still ache to believe that this is temporary, a transient blip, happy days soon will be here again...policies flowing from on high will mimic that optimism and in doing so will underestimate (at least 'officially') the dilemma and prolong the process.

My entire life have always rallied against the tyranny of petty knowledge. Folks that wield their 'secrets' like a club have always generated intense vitriol from this fella. Knowledge is nothing more than an acquired thing. You can learn anything if you put your mind to it. How? Just do it. Why? Because you can.

Now, more than ever in my generation's lifetime,a broad intelligence is critical. We have stuffed the pig on the scales of fate. Through our desire to be prophets we have ceased to be makers of our own fate. On a macro level but not for the individual.

Despite all the digital ink spent on the failings of America, especially in light of the ‘I Can’t Believe it’s not Capitalism’ Plan generated in response to the ‘What Just Happened Crisis’… hope is not dead, progress has not been outlawed, justice is not forbidden, and evolution is not off the table.

The fire of liberty exists, the embers of truth still glow. As long as one voice stands to speak truth to power,the dream of this country lives and can be expressed by each and every one of us.

We are Americans dammit, and that word, yes, still has noble meaning.

There is one blessing fostered upon Americans that can't be denied. We can reinvent ourselves. We are not beholden to anything other than our imagination, we can make out of clay what our minds and our hands desire. They can only take from us what we abrogate; they can only lie to us if we refuse to put in the work to know the truth.

It is not a question of being part of the solution or part of the problem. Change does not have to be consistent with someone else’s plan. Change comes from within. To make a difference outwardly one must first find that difference within.

Get off your ass America, over the long-term if you will it to be, your future is so bright, we'll all be shorting shades.

The hardest button to button, meatballs for nuttin, fiscal mcguffins versus a contrarian somethin'

Believe it and you will be it.
Posted by Anonymous Monetarist at 10:14 AM

Thanks, I needed that.

A friend and I have been having this very same discussion (only sans the poetic prose you so eloquently wield) for some time now. We're of the mindset that television has overwhelmed us with macro issues upon which we cannot easily affect change, to the detriment of that "man in the mirror" you reference here.

To that end, much as you seem to have done between your last posting in May and your recent resurgence, we are focusing inward, turning our attentions towards ourselves and our immediate environs, all in hopes of "thinking globally but acting locally," if I can appropriate that unfortunate phrase.

In any event, come what may, it's good to see you back at your best. Thank you for doing what you do.

What shit. America has never been America for millions. America is a nation of rugged socialist capitalism where men make flags and football stand in as signs of merit. Work can't be found for myriads of millions. No amount of asking gets a minimum wage so folks don't give up but get guns and go to banks I guess. Yeah aside from politics that is where the money is to feed and clothe someone charity won't.