The greatest part of mankind have no other reason for their opinions than that they are in fashion. 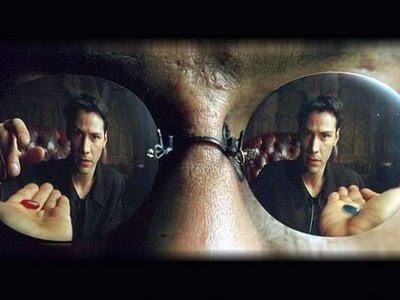 'The greatest part of mankind have no other reason for their opinions than that they are in fashion.' -Samuel Johnson

'A man can get to love shit if his livelihood depends on it, if his happiness is involved.' -Henry Miller

You just have to hand it to 'em. When it was clear to many of us discerning folk that the wheels were going to come off hard, the silver lining perceived was that sobriety and propriety would return. In fact the exact opposite has occurred. The Federales turned the psych ops up to 11, the plutocracy expounding the Big Lie in a manner and scope that has truly beggared the imagination of us mere surplus eaters.

Lies of course have consequences. When this ends is known to no one. How it ends seems fairly clear. The denouement of the trusted, the sound of great applause lauding folly, and then a long period of silence.

In many ways it is the age old story of Emperors and Pirates, deflation being the Jolly Roger, and a headlong drive into oblivion with the argument that forcing the issue will resolve it. Rummy's chestnut of "If you can't solve a problem, make it bigger' is exemplified by replacing mojo with POMO and the fraudulent conveyance that is gubmint statistics.

But there are unknown unknowns.

What we do not know that we don't know is how the continuing liquidation of Main Street and bifurcation of America will interact with the bankrupt ideology of the rich that had greatly succeeded in drafting the inner monologue of regular folks so that they would vote against their self interests and are trying to do it again.

The Pump and Happenstance that is the bedrock of Nancy Capitalism is killin' Sam, the wafting asset values per debasement lubricating sovereign democrats that are hell bent to seek rent.

The elitist insouciance of thanking the heavens for the bank bailouts as Bernanke promises to monetize cows to increase the price of milk is manufacturing a chasm of contempt at recession's end... er scratch that... depression's bend.

Eventually something's got to give.

With arms extended, if it may please the court, I present the real unemployment rate in this country.

Have been following (http://cwcs.ysu.edu/resources/cwcs-projects/defacto) for awhile ... kids say the damnedest things don't they?... and what is germane for historical purposes is that the defacto rate of 30% is actually 5 percentage points higher than the worse unemployment levels experienced in the Great Depression Volume 1. In addition, at least per this fella's research,the defacto rate is the most similar measurement to the metric used back then which was as follows: individuals who had at some time worked in an occupation in which they earned money or the equivalent, or in which they assisted in the production of marketable goods, whom were unemployed. The only caveat is that back then, in some instances, 14 and 15 year olds were included in the unemployment rate.

Let me tell you why you're here gentle reader. You're here because you know something. What you know you can't explain, but you feel it. You've felt it your entire life, that there's something wrong with the world. You don't know what it is, but it's there, like a splinter in your mind, driving you mad. It is this feeling that has brought you to me. Do you know what I'm talking about?

It is the splinter of our disconnect.

Free your mind.
Posted by Anonymous Monetarist at 12:07 PM