Fed for the people, chasing Bennie's steeple, gathereth the reapers. 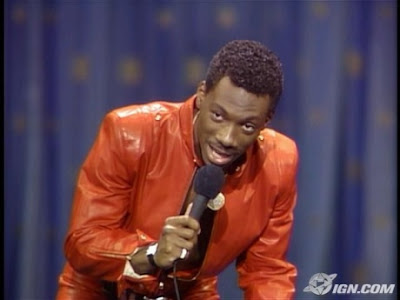 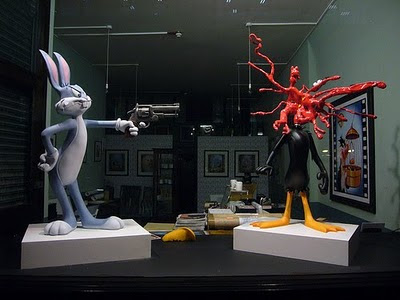 'As we have been asserting, the FED continues to apply QE, despite it official announcement that Q.E 1.0 ended two quarters ago. For the week ended on Wednesday, the Fed balance sheet increased $9.358B due to the monetization of $7.390B of Treasury notes and an increase of $2.248B of 'assets denominated in foreign currencies' (footnote #13; currency swaps?)'
-The King Report, Issue 3856, October 8,2010

Faced with the surplus eaters rubbing sus ojos Bernanke had to fire up the psych ops jets after the Jackholios shrimpfest.

The Diving Might of Wizards again on display, gangbanging the string framed as many easings away, the levers of debasement screened whilst shadowfoxing the fray, all in the blind hope that we can avoid anchors aweigh.

"Bennie-boy, whaddaya say there pal of mine ?"

"Mr. Market, my friend!
How would you like to pump me up the curve?"

"I know you wanna pump me, Market!"

"Now I'm gonna leverage up,
and when I do, start pumpin'!"

And yet there is dissension in the chattering class of Nancy Capitalists, who with their chalice of confidence half-empty, parry like duck and rabbit.

Verily they are all despicable. The struggle of virtue and vice is writ large as the debate between deflationistas and debasionistas. The former pines for reason before farce, the latter embraces the tragedy.

To QE, or not to QE: that is the question:
Whether 'tis nobler in the markets to suffer
The slings and arrows of outrageous fortune,
Or to halt QE against a sea of troubles,
And by opposing end the rally?

To short: to buy;
No more; and by buy to say we end
The heart-burn of the thousand little trades
That this office is heir to, 'tis a consummation
Devoutly to be wish'd.

Now is the splinter of our disconnect
Made glorious summer by this sun of Ben;
And all the clouds that lour'd upon our house
In the deep bosom of our equity buried.

It is not so much a race to the bottom as it is a pace to a bottom. QE2 can't sail until Euroland hits the rocks again. We can't let their upcoming crisis go to waste.

In choosing 'prophetic' models with a track record of failure we are mortgaging the ability to be masters of our fate. To foresee a future that rhymes with a past is not, as the pablum narrative whines, to refute self-determination but ironically such recognition would harness the same to shape the unknown to a more benevolent conclusion.

Deficits do matter, belief in a random deliverance is foolish, better to accept a mandatory across the board cut and employ a fair and flat tax.

Free market statistics that are transparent and real allow the free market to allocate resources productively and intelligently.

Creative destruction is the progenitor and the instigator of the wealth creating mechanism of capitalism.

Empires are not eternal. The hard fought blessings of liberty are secured by the prudent not the profligate.

Years from now all this, and most assuredly more, will be obvious and this chapter in history, marked by excesses and folly, will be seen as similar to the ones preceding.

Fed for the people, chasing Bennie's steeple, gathereth the reapers.

We will kick the can until the can kicks us.

"Bennie-boy, whaddaya say there pal of mine ?"
Posted by Anonymous Monetarist at 8:49 AM

"Do not be conformed to this world, but be transformed by the renewing of your minds, so that you may discern what is the will of JAH- what is good and acceptable and perfect."