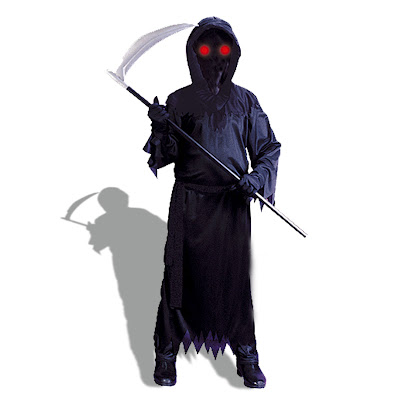 (So Taylor is saying that the Federales are off on their calculation by more than 10x? Its' little wonder that the hedgies are crowding into the gold trade, that equities have become the new carry trade and oil is spiking as speculative monies flow. However for the most part every green shoot cited over the last several months has a caveat that mitigates the bullisht 'truthiness'. Birth death model for unemployment; manipulation of past data to foster the appearance of improvement, e.g., retail sales; and of course the mind-numbing Bank I.Q. tests and subsequent equity dilution across the board which has only mitigated solvency risk in the sense that a 10 am cocktail mitigates hangover risk. -AM)

(Reuters) - A sharp critic of the Federal Reserve and prominent authority on monetary policy on Tuesday slammed the U.S. central bank for risking inflation and warned that government action had "caused, prolonged and worsened" the country's financial crisis.

John Taylor, a former undersecretary of the Treasury for international affairs and author of the widely cited Taylor Rule of central banking, ran his own numbers for the U.S. economy and said the Fed's monetary stance was way too loose.

"My calculation implies that we may not have as much time before the Fed has to remove excess reserves and raise the rate," he said in remarks prepared for a financial markets conference hosted by the Federal Reserve Bank of Atlanta.

"We don't know what will happen in the future, but there is a risk here and it is a systemic risk," he said.

He noted a recent Financial Times report of internal Fed estimates using the Taylor Rule. This found interest rates should be minus 5 percent at the moment to compensate for the headwinds on the U.S. economy.

But Taylor said that his own analysis suggested a rate of 0.5 percent, indicating that the Fed could have a lot less time to raise interest rates than it may currently think.

In addition, the Fed has pumped hundreds of billions of dollars into the economy to support credit markets in the face of a severe U.S. recession, and may find it very hard to remove this expansion by shrinking its balance sheet in the future.

"While Federal Reserve officials say that they will be able to sell newly acquired assets at a sufficient rate to prevent these reserves from igniting inflation, they or their successors may face political difficulties in doing so.

"That raises doubts and therefore risks. The risk is systemic because of the economy-wide harm such an outcome would cause," Taylor said.

Taylor used these cases to illustrate examples of where government intervention had magnified market failures and turned them into system-wide problems.

However, he saw much more risk coming from the planned U.S. government budget deficits, which could place the Fed under extreme pressure to allow inflation, as this would diminish the debt burden.

"The emphasis should be on proposals to stop the systemically risky budget deficits projected out as far as the eye can see, to exit from extraordinary monetary policy actions, and to end the bailout mentality," he said.

Giving the Fed formal responsibility for ensuring the soundness of the broader financial system would interfere with the Fed's task of ensuring stable and low inflation and sustainable economic growth, Taylor said. Congress is considering giving systemic risk oversight powers to a regulatory agency as a way to prevent the future financial crises.

"Locating a systemic risk regulator at the Fed is not a good idea because it would interfere with its essential monetary policy function," Taylor said.