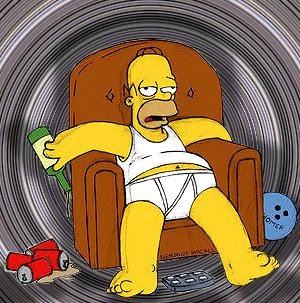 (One of the most obnoxious aspects of the pablum narrative that is spewed out by the MSM is the ridiculous term 'toxic assets that are impossible to price'. The incessant marketing of language in order to manufacture opinion never ceases to amaze me but then again if it didn't work then folks wouldn't do it. People ... please, we can put a man on the moon, we can build particle accelerators to peer into the early moments of creation but no matter how hard we try we just cannot apply our opposable thumbs to a keyboard in order to make that spreadsheet tell us what these rich folks' bad speculative bets are worth... IT'S ... JUST ... TOO ... COMPLEX! Indymac at 37 cents - koff, koff move along nothing to see here- Whitejacket at 67 percent -harummph each toxic assets is like a snowflake, doncha know ...

Whistlejacket Capital Ltd., the defaulted structured investment vehicle, sold more than $2.5 billion of its assets at an average discount of 33 percent, according to three people with knowledge of the matter.

Receivers at Deloitte & Touche LLP sold 54 percent of the SIV’s $5 billion investments at an auction yesterday, said the people, who declined to be identified because the full results weren’t disclosed. The average price was 67.1 percent of face value for securities that included bank bonds and mortgage- backed debt, Deloitte said in a statement today.

Whistlejacket, set up by London-based Standard Chartered Plc, defaulted in February 2008 when investors stopped buying the short-term debt that SIVs relied on to fund higher-yielding assets. The proportion of assets sold at Whistlejacket’s auction was more than double the share investors liquidated in July at a sale for Cheyne Finance Plc, the first SIV to auction assets.

(On a personal note I once sat at a conference with some folks from Cheyne related to the asset class I operate in. They were all excited about committing huge amounts of capital and were as clueless as anyone I've ever met.-AM)
Posted by Anonymous Monetarist at 9:41 AM