Wolf pack a circlin', Febrile piiggies at the troughs, Greek skies are going to fear up, as they task the Keynesian whores 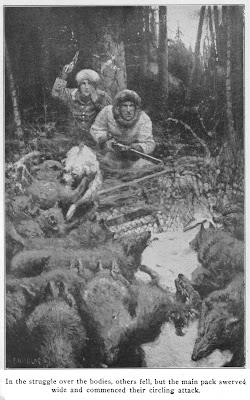 There are few sights more terrifying to a father than watching ones' young child claw at his throat, in duress, struggling to gather a breath. This scenario played out for your humbled blogger as my son's peanut/tree nut allergy flared up in full force after a family outing yesterday. Fortunately we had the necessary medicines, benadryl and an EpiPen, which did stabilize him as an ambulance quickly arrived to whisk us to the Children's Hospital Emergency Room. The missus and I had notified our family that our son did have this allergy and folks had agreed to put any desserts or foods that contained such ingredients out of reach, but the soon-to-be 4 year old is in the 100% percentile on height and is developing a commanding reach. Even given our best intentions he must have spied a tasty dessert and indulged himself. The solution is clear, if a function carries any foodstuffs with allergic ingredients we just can't bring the family and we're going to have to put an alert bracelet on him.

Consider though, gentle reader, the following analogy where his nut allergy is our financial crisis. In that scenario most certainly the parents would have been chagrined by the duress. However these parents would have resolved to first consider how debilitating all different types of nuts might be and then would have resolved to put the 'nut buffet' on a table and pretend that the table in fact did not exist. If however one tenacious fella at the family function named Market did, vaingloriously, begin to pontificate on the disappeared table still in plain sight, then the parents would have assuaged him with a team of physicians at the ready with limitless medicine at their disposal. Further, they would have argued that the very sight of the flotilla of remedies would, by themselves, dissuade the deleterious effect of the allergy and lastly, that the table of nuts was in fact required for a balanced diet notwithstanding the potential knock-on effects that as previously stated would be tightly monitored...

The child is safe with us! No worries...

In reading about the latest Nancy Capitalist exercise in can-kicking, Le Tarp, the oh so fine print suggests that the implementation of the European bazooka (or better yet hookah) is contingent upon the need to go through 'the parliamentary procedure' in the relevant member states.

Good luck with that!

As the preliminary results of Germany's North Rhine-Westphalia's elections come in suggesting legislative gridlock, one wonders if we will be blessed with a redux of Paulson, er I meant Trichet on bended knee, in front of Merkel?

Wolf pack a circlin', Febrile piiggies at the troughs, Greek skies are going to fear up, as they task the Keynesian whores.

Those who fail to learn from history may be doomed to repeat it but those that purportedly have learned the lessons, but now proclaim they are masters of their fate and that this time is in fact different, are doubly damned.
Posted by Anonymous Monetarist at 9:29 AM