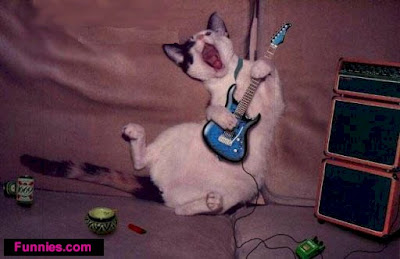 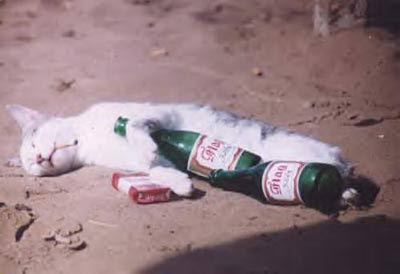 'For in much wisdom is much grief: and he that increaseth knowledge increaseth sorrow. Sorrow is better than laughter: for by the sadness of the countenance the heart is made better. The heart of the wise is in the house of mourning but the heart of the fools is in the house of mirth. For wisdom is a defence, and money is a defence, but the excellency of knowledge is, that wisdom giveth life to them that have it. For God shall bring every work into judgment, with every secret thing, whether it be good, or whether it be evil.'
-Ecclesiastes 1:18, 7:3-4, 12:14

5am central time on a Saturday with Barron's, just delivered, in hand.

The dots on the cover; 'expect a bottom soon', 'bull will regain his footing', 'make money on Old World's woes', 'flock to the dollar', 'get very defensive'.

Inside Honest Abe channels Bill King (proprietor of the best daily newsletter on the planet), Santoli does his typical if-but, the letters to the Editor beat up on Goldie, there's some pablum hand-wringing on the 'Flash Crash', and an interesting chart comparing this 'recovery' to past recoveries.

The number of 5% plus corrections during these previous recoveries were 3,3,6,6, and 3 respectively.

Currently, we stand at 5.

The gist of the jibe?

Steady as she goes, pay no attention that the market action this week was, per every 'established' financial model, absolutely impossible. Choose mirth over sorrow.

Your humble blogger would rather mourn the loss of all rationality.

Back when I was a pup and making my way in this world came across counsel that had been the editor of the Harvard Law Review. Would watch this fella give a deposition and as he did, as his 'subject' offered up a lengthy word in rebuttal, he would take that word, and on his yellow legal pad he would proceed to jot down every four letter word that he could create from the lengthy one, all while continuing the deposition. Freaky brilliant he was and one bit of advice he shared that always stuck with me was 'imagine your future self, what advice would he give your current self?'.

This anecdote came to mind when a commentator to a previous post asked me 'Could you do a post for the young, or those with enough fire in the belly to try something new, about what industries/jobs look interesting going forward?'

Most all of us want a glimpse into the future, but counter intuitively our arrogance regarding our dominion over our environment dismisses our ability to perceive tomorrow.

We are fooled by self-determination over ingemination, viewing the past as more primitive than similar, and the future as more unique than repetitive.

So to answer the 'going forward' query made would offer to the next generation the most penitent apology.

For my generation 'it' started with Reagan, ideology ascendant over reality, we could grow out of deficits, we could cut taxes, and providence would trickle down. True there were remedies called for after Carter, most certainly, but the mantra became inviolate and was taken to the extremes that provided the germination of the crisis we are living through now. This 'ideology of the rich' hallmarked by folks voting against their self-interest given the inculcation that someday they too would be rich or at least entitled to it, was accompanied by an 'ends justifying the means' mentality that morphed the political 'manufacture of consent' into an economic 'manufacture of content', i.e., the slow and insidious debasing of almost every government statistic to maintain the illusion of prosperity. It is no coincidence that we have had bubbles and crashes over the last decade, for ephemeral undertakings and their resultant creative destruction would seem to go hand in hand with a Potemkin prosperity.

Now we stand at a crux; deficits without end, income growth due to government transfers and temporarily pumped by counterproductive government policies, an eroding tax base with increasing? GDP , an unemployment level empirically WORSE than the WORSE levels of the Great Depression, a fervent desire to obviate the requisite and inevitable creative destruction of scores upon scores of festering bad speculative bets ... and a perpetual motion machine in Washington that seems hell bent to legislate bigger shovels to dig out of a hole.

The models of course say that recovery is 100% assured. Unfortunately the models also were 100% sure that the 'What Just Happened Crisis' could never happen and neither could the May Trix 'Flash Crash'.

Perhaps our assumptions are wrong.

In choosing 'prophetic' models with a track record of failure we are mortgaging the ability to be masters of our fate. To foresee a future that rhymes with a past is not, as the pablum narrative whines, to refute self-determination but ironically such recognition would harness the same to shape the unknown to a more benevolent conclusion.

Deficits do matter, belief in a random deliverance is foolish, better to accept a mandatory across the board cut and employ a fair and flat tax.

Free market statistics that are transparent and real allow the free market to allocate resources productively and intelligently.

Creative destruction is the progenitor and the instigator of the wealth creating mechanism of capitalism.

Empires are not eternal. The hard fought blessings of liberty are secured by the prudent not the profligate.

Years from now all this, and most assuredly more, will be obvious and this chapter in history, marked by excesses and folly, will be seen as similar to the ones preceding.

There is nothing random about that.
Posted by Anonymous Monetarist at 5:43 AM

Anony M says, “one bit of advice he shared that always stuck with me was 'imagine your future self, what advice would he give your current self?'…. We are fooled by self-determination over ingemination, viewing the past as more primitive than similar, and the future as more unique than repetitive…. The models of course say that recovery is 100% assured. Unfortunately the models also were 100% sure that the 'What Just Happened Crisis' could never happen and neither could the May Trix 'Flash Crash'. “

In terms of practical career advice, I think your comments are a big too general to be helpful, and I think you do need to be specific because in my experience MBAs and college grads generally have very poor instincts, and mindlessly chase what’s recently been hot, like performance chasing investors. In terms of career advice, a lot of the paper shufflers I know have been recommending their kids to get jobs producing things in the physical world, and not the paper shuffling world. Things like being an engineer in a company building better batteries, mining, oil & gas exploration, etc. They sort of see the pendulum swinging toward growth in the physical world, and not in paper shuffling for a while.

In terms of the models, we must not be looking at the same ones. The models I’ve looked at predict a recovery in the economy, followed by a big bad crash a couple years down the pike. These models aren’t anything fancy, just looking at unemployment rates, adaptation to it, and such. Course, they all assume nothing extraordinary happens, like some geniuses inventing dirt cheap energy replacements for oil, or a land war in Asia that destroys a billion workers.

In terms of a change up, do you think stock market dispersion will be moderate, like at 2004-2007 levels, or higher like at 2000-2003 levels, or very low like in 2008-2009? If equity dispersion increases (i.e., correlation drops), that’ll be a good environment for fundamental long-short equity. If it says low, fundamental long-short equity it won’t. I think it depends on whether the Fed lets the air out of financial assets, or prints enough to keep them propped up.

In a deflationary environment most all assets are correlated, as we've seen, however my opinion is that we have not reached our 1932 yet.

As you've stated the wildcard is the nominal basis, the debasement of the scrip providing the gentle lubrication of asset values.

My oft held premise is that any hyperinflation wlll be a result of the liquidity lost in a deflationary crunch, were that to occur, most probably triggered by the backstop (sovereigns) being called into question.

In terms of practical career advice certainly as you've no doubt read predictions are for a shortage in skilled workers (engineering, sciences, math) and a perpetual squeeze on any folks that don't have at least a college degree.

From personal experience the advice I would give is to treat any job you have as if it were your own company. Own your work, take pride in it, compete to be the best, dare to dream that you can start your own company someday, embrace your failures and refuse to quit until you've reached your goals.

And work, work, work. You need to work hard, work smart and be lucky. Life comes down to a few moments, everyone gets a chance but one must be mindful so that they are ready to make hay when the sun shines on them.

Back in my sales training days would chant this out:

How?
Just do it.
Why?
Because you can.
When?
Right now!

anony m says, "In a deflationary environment most all assets are correlated, as we've seen, however my opinion is that we have not reached our 1932 yet."

Plus, James Montier has a paper showing that long-short equity funds did 12% pa in Japan during the deflation of the 1990's, significantly outperforming long only value investors, which did 3% pa.

I guess my question to you is this. Do you think the influence of macro factors will moderate for a while? And we'll have a slow-grind upward or downward or zig zagging?

Beginning of week is jam-packed... will resolve to look into your comments and provide any credible thoughts.