MathTerror... we're sorry but the numbers you've reached have been logically disconnected 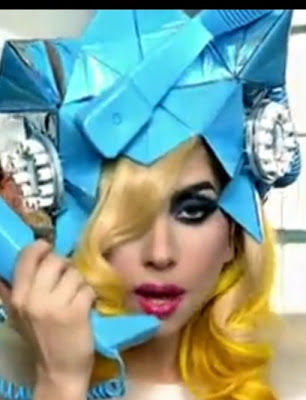 'We are the fools of Europe'
-Bild Magazine

'History is a set of lies agreed upon.'
-Napolean

WSJ : The European Union picked 440 billion euros as the size of the rescue fund because the sum of 440 billion euros and 60 billion euros available initially from an EU emergency fund "sounds nice", a European Commission official said with half a smile. Even better, said another, when the IMF's portion is included, the bailout would be rendered by the American press as $1 trillion.

Forbes: In fact, some of the most basic details, including the $700 billion figure Treasury would use to buy up bad debt, are fuzzy. “It’s not based on any particular data point,” said a Treasury spokeswoman, “We just wanted to choose a really large number.”

And that folks is the new Goldilocks world economy in the new normal - wild ass guesses promulgated to save civilization on the basis of 'sounds just right.'

Better to guess up than fess up I suppose.

Snarkiness is running aground on the shores of institutionalized fraudulent conveyance that is becoming so ridiculous that one can only stare in Gaga'd disbelief...

To wit, WSJ: 'April marked the 27th consecutive month in which small businesses either shed more or the same number of jobs that they added, according to a monthly survey to be released Tuesday by the National Federation of Independent Business, a trade group in Washington, D.C. Since July 2008, employment per firm has fallen steadily each quarter, logging the largest reductions in the survey's 35-year history. Going forward, more small-business owners say they plan to eliminate jobs compared with those that expect to create new jobs over the next three months. The latest study was conducted during the month of April and reflects responses from 2,197 U.S. small-business owners.'

Oh but it gets even wackier..

Last month the King report revealed, 'Once again we see chicanery in the March Employment because the Household Survey shows a gain of 264k jobs but ‘Men 20 years & over’ accounted for a 290k job gain. ‘Women 20 years & over’ lost 42k jobs. This is absurd!'

What will be the title of the April Household Survey? 'Stats from Mars, B$%#*&@t from Venus?'

Well they didn't choose that appellation although well they should have especially in light of yet another tragedy- per Reuters; 'The Agriculture Department said 39.68 million people, or 1 in 8 Americans, were enrolled for food stamps during February, an increase of 260,000 from January.'

Sadness layered upon madness served up to a hamster-wheeled populace.

And those of us that cry for reason before farce are left to muse until the dancing stops.

A burnt offering to the tribes and their machinations.

The Black Swan, when it isn't being blamed for its' prescience, synthesized as the hope upon hope of just muddling through.

I fear that we will see things in the near term that we would have never ever imagined could ever happen.

Unless of course Santa Claus, the Easter Bunny, the Tooth Fairy, and a requisite choir of angles, descends down to present us with fusion, teleportation, room temperature superconductors or the like to further enable the game...

Someday this war is gonna end.

MathTerror... we're sorry but the numbers you've reached have been logically disconnected..
Posted by Anonymous Monetarist at 8:40 AM

thought i would land on a safe planet of yours truly.
been reading you on ZH.
your not an easy read.
can't multi task when i read you.
i like how you combine/collage your write.
me, i think it will be ok here in america. probably my life time.
i am visiting with my daughter and her boyfriend this week.
she so knows the fight club rules by heart.
i did not know that about her.
i do remember receiving a book she ordered when she was a freshmen in H.S.
anarchy, an How to book.
asked her again about her interest in this subject.
she denied actually anarchy interest in the book, but rather how to make peyote.
hell i am just laughing at everything in life right now.
best way to go out†

this blows
i just tried to leave a heart felt comment
math terror we're sorry but the numbers you've reached have been logically disconnected.
is this new?
oh forget it.
didn't save my post.
had a moment with you AM.
you would of enjoyed my conversation.
left me now, though.
don't think i can recall it.
bye, bye

AM, I'm a History major that's been working in a career field largely devoid of intellectual rigor and mathematical understanding. I'm the absolute first to admit my relatively weak grasp of all things numbers-related.

However, even I have turned a corner over the past two years. I get the math. It's wading through the utter nonsense to get TO the math that's become so problematic. Kudos to you for having the uncanny, and apparently rare, ability to sort through the detritus to find things of value.

Two points; one major, one minor.

First, really glad to know that your progeny is well. With a five-year old scoffing at the principles of physics every day in my home, I understand all too well the abject terror those few moments must have created.

Second, as long as you continue to find inspiration to write, I'll continue to be inspired to read, educate myself, and grasp futilely at making sense out of the nonsensical.

Hahahahaha. So I wonder why a site like this has popped up?

Believe it and you can be it.

'Til we meet again!