Randomwalkin's not pinin', Barclays, 'tis whinin, the cycles are dinin', the fractals divinin' 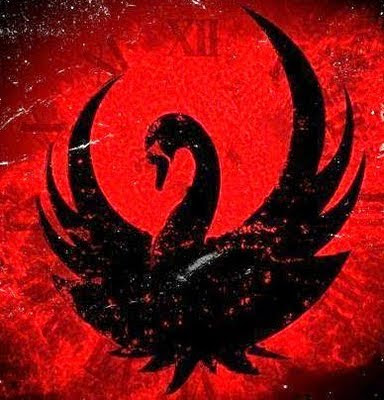 Do we blame the umbrella for the rain?

Do we blame the parka for the snow?

Do we blame the roof and the walls for the storm?

Well if one is an advocate and sycophant of the ex-theory, randomwalking, a pristine and inviolate thesis that has been disproven this last century to the tune of a gazillion-squared, I guess one does indict the forenamed suspects for their obvious culpability.

In the WSJ, lead right section C, the pablum narrative to end all pablum narratives, the silliest, most inane, and flat-out stupid article that these eyes have witnessed in a long long time.

'Did a Big Bet Help Trigger 'Black Swan' Stock Swoon' is the title.. the randomwalkers' version of 'And how long sir have you beaten your wife?'

Universa Investments, a fund that bets to win on discontinuous market movements, where Nicholas Taleb is an advisor, and Benoit Mandelbrot is considered to be a visionary (a sentiment also shared by your humble blogger)... is being blamed for the 'flash crash'!

The article details how Universa made a big bet, a whoppin' $7.5 million for 50,000 options, that would have paid off about $4 billion should the S&P 500 stock index fall to 800 in June. Admitting that the trade was not 'out of character' for the fund and that 'on any other day' the option contracts 'might have briefly hurt stock prices' the Wall Street Journal then lays out in a breathless array, conclusive evidence, in an attempt to brand Universa as the most likely culprit in a crash that all credible models insist should have never happened.

'The trade may have played a key role', 'traders on the other side of the transaction' led to 'selling to offset some of the risk', then, as the market fell 'those declines are likely to have forced even more hedging ' creating a 'tsunami', a 'tidal wave of selling into a market already on the edge' and 'a blast of orders' causing exchanges to be 'clogged', and causing individual stocks to 'collapse'.

'The working theory among traders and others (others??) involved in the exchange meltdown is that the "Black Swan" -linked fund may have contributed to a Black Swan moment, a rare, unforeseen event that can have devastating consequences.'

Pay no attention folks that the working theory that all our blessed mathematical models are based on emphatically states that the rare and unforeseen can be foreseen to never occur.

And so if it pleases the court (of public opinion) we shall cast the accused into the waters and if she floats she is clearly a witch... may God have mercy on her soul.

Or one can make another argument. Hours before the panic began, selling volume was unusually heavy. The selling of stocks was at its highest since the day the market reopened after the Sept 11 terror attacks. The Universa trade along with likely dozen of other trades across the market, led to a cascade of selling in the futures markets. As the trading volume soared, data systems across the stock market began to get clogged. With the high frequency funds either selling or pulling out of the market, Wall Street brokerage firms pulling back and the NYSE stock exchange temporarily halting trading on some stocks, offers to buy stocks vanished from underneath the market.

'Universa alone couldn't have caused the market meltdown", said Mark Spitznagel, Universa's founder. "We had reached a critical point in the market, and it was poised to collapse.'

Well that's a very convincing counter-argument but here's the thing... I am quoting from the same article.

Edward R. Murrow is convulsing in his tomb.

Well aside from the obvious reason, one might note from reading between the lines that Barclays most certainly falls under the auspices of the aforementioned 'others' and in part, or perhaps in whole, the enabler for this hatchet job. Universa placed their order on Barclays trading desks, Barclays was selling hard, and a market data feed at Barclays that delivers data on "buy" and "sell" orders went down, although a backup data system purportedly went 'immediately online'. Although Barclays disingenuously 'declined to comment' for the article, their head of electronic trading is cited once and the bank is named seven other times in this missive, suggesting someone over there was squawking and deflecting.

The sentence in this trash worth considering is the brief citation to Taleb's fame referencing his thesis that 'unlikely events in the financial markets are far more likely than most investors believe.'

If quantum theory is correct there is an alternate plane of reality where their Wall Street Journal would expand upon this assertion in the following manner.

Randomwalkin's not pinin'! It's passed on! This theory is no more! It has ceased to be! It's expired and gone to meet 'is maker! 'It's a stiff! Bereft of life, it rests in peace! If you hadn't nailed it to the masses it'd be pushing up the daisies! It's metabolic processes are now 'istory! It's off the twig! It's kicked the bucket, it's shuffled off 'is mortal coil, run down the curtain and joined the bleedin' choir invisible!! THIS IS AN EX-THEORY!!'

Per Benoit: 'Price changes are not independent of each other.My heresy is a different, fractal kind of statistical relationship, a "long memory." Why this should be is not certain; but one can speculate. Whatever the explanation, we can confirm the phenomenon exists- and it contradicts the random-walk model. Contrary to orthodoxy, price changes are very far from following the bell curve. Such theory predicts that index swings of more than 7 percent should come once every 300,000 years; in fact, the twentieth century saw forty-eight such days.(Over 50 now!) Truly, a calamitous era that insists on flaunting all predictions. Or perhaps, our assumptions are wrong.'

Mandelbrot discerned that markets exhibit a wild trait of abrupt change or discontinuity. This hierarchy of turbulence, a pattern that scales up and down with time, he describes as the Noah Effect - catastrophic, but transient. This Noah Effect is seen in the market's discontinuity : this is the pillar of fractal geometry.

The market's second wild trait - almost-cycles- he describes as prefigured in the story of the prophetic dreams of Joseph, a biblical tale of pattern recognition or long-term dependence. The Joseph effect is the influence of a long-term memory through which the past continues to influence the present.

Per Benoit: ' But how exactly do these two effects- Noah and Joseph, dependence and discontinuity - interact in markets? Answer: At least one market mechanism I identified naturally leads to the other. Suppose, for instance, that you have an "almost-trend" emerging in a stock price: a few weeks, say, in which a stock price rises seven days out of ten. The pattern must eventually break up, of course; otherwise, it would be a real trend that you could bet on continuing a few weeks, and hope to make some real money. But when the "almost-trend" finally does break, it can do so rapidly. A sudden lurch downward, perhaps. A discontinuity. Or, in the terms of the Biblical metaphor, a Noah Effect produced by Joseph-style dependence.

For some real-world examples, think about investment bubbles. They seem calamitous -but they happen all the time. Conventional economics tells us they are aberrations, "irrational" deviations from the norm, caused by a rapacious speculator, mass greed, or some other unpleasant factor. But under certain circumstances they can be entirely rational and flow from the entwined effects of long-term dependence and discontinuity.

The distribution of price changes in a financial market scales. Given that event X has happened, what are the odds that Y will happen next? With financial prices, scaling means that the odds of a massive price movement given a large one are akin to those of a large movement given a merely sizable one. Such is the confusion of scaling. It makes decisions difficult, prediction perilous, and bubbles a certainty.'
Posted by Anonymous Monetarist at 6:44 AM

However, I think the abnormal returns blog and the author of the article fail to take into account the major issue that massive macro-shocks (like bernanke's and trichet's bailout operations) macro effects can swamp fundamentals for individual securities, and you see correlations things like crashes where correllation goes to 1 and you see money printing cause some asset class or sub-class (like junky stocks and debt) to spike relative to others (like quality stocks). So perhaps not much help from fundamental stock picking until the macro-shocks diminish, or people get inured to them.

Whereas I respect the premises upon which your commentary is made I'm sure it is clear to you by now that I'm walkin' a different path...

Have come across the Buddha in the road with fork extended.

All good things must come to an end... or perhaps a new beginning.