What is more shocking, our spooks are shocked and surprised?, or Fail Britannia, Londonistan calling? 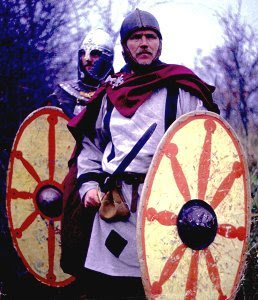 The failure of British security officials to alert their American counterparts to Abdulmuttalab’s radical activities while president of UCL’s Islamic Society has led to increased tensions between Washington and London.

While in London Abdulmutallab regularly presided over debates that denounced Britain’s involvement in the war on terror and America’s Guantanamo detention facility.

American officials now believe Britain poses a major threat to Western security because of the large number of al-Qaeda supporters that are active in the country.

Two years ago Jonathan Evans, the head of MI5, estimated that there were 2,000 Al-Qaeda sympathisers based in Britain – the largest concentration of al-Qaeda activists in any Western country. But American officials, who regularly refer to “Londonistan” because of the high concentration of Islamic radicals in the capital, believe the figure is growing all the time. They point out that recent al-Qaeda terror attacks planned in Britain have been the work of British-based Muslims, many of whom have been trained in al-Qaeda camps in Afghanistan and Pakistan.

“The level of al-Qaeda activity in Britain is becoming a major source of concern,” said a senior State Department official. “The organisation’s ability to use Britain as a base to plot terror attacks constitutes a serious threat to the security of Britain and other Western countries.”

American officials have been shocked by the resurgence of al-Qaeda’s terrorist operations in recent weeks which have seen it mount a series of attacks on U.S. targets. The recent surge in al-Qaeda terror attacks has led U.S. officials to conclude that al-Qaeda is planning a series of new attacks later in the year, some of them in Britain. Abdulmutallab is reported to have told his American interrogators that there were another 25 fully-trained al-Qaeda terrorists ready to carry out similar terror attacks against Western targets.

The ease with which al-Qaeda has managed to launch attacks against American targets has taken many U.S. intelligence officials by surprise. Recent analysis by the world’s leading intelligence agencies shows that al-Qaeda can call on operatives all over the world, although the various terror cells have different capabilities.

“The threat from al-Qaeda and its affiliates remains high, though not on the scale of bringing off another 9/11 attack,” said Peter Bergen, the last Western journalist to interview al-Qaeda leader Osama bin Laden before the September 11 attacks, and a leading expert on al-Qaeda. “But al-Qaeda militants can still pull off attacks on commercial aircraft and other key elements of the global economy.”

They have also been shocked to discover that many of those responsible for strengthening the terror capabilities of Al-Qaeda in the Arabian Peninsula are former inmates of the U.S. Guantanamo Detention Facility in Cuba.

A recent study by BBC journalist Peter Taylor of a 15-strong batch of Guantanamo detainees who were returned to Saudi Arabia under President Bush in 2007 showed that six of them had rejoined al-Qaeda in Yemen, suggesting that the percentage of former Guantanamo inmates returning to terrorism is far higher than estimated by the Pentagon.

“Whichever way you look at it Yemen has now emerged as one of al-Qaeda’s top training grounds for its global terrorist network,” said a senior U.S. intelligence official. “And what really concerns us now is the number of British-based Muslims who are traveling there to take part in the training. This represents a serious escalation in the terror threat the West faces from Islamic militants.”

(Britain as a failed state. What is more shocking, our spooks are shocked and surprised?, or Fail Britannia, Londonistan calling? -AM)
Posted by Anonymous Monetarist at 11:24 AM