The augury of markets, tis leading or lagging? ... For the folks in Peoria, in truth 'tis just nagging. 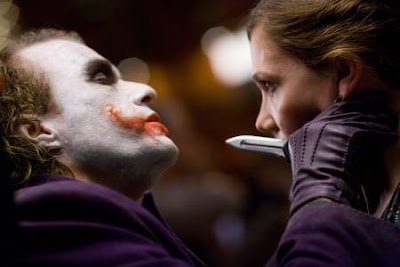 A member of my extended family is considering a run for state representative.

In a fairly animated conversation over a marvelous holiday spread he decried a story on how job openings for shipbuilding in Norfolk were going unfilled because there were not enough applicants.

We agreed to disagree as to the cause while agreeing on the effect; he blamed the applicants, your humble raconteur blamed the role models.

Valuation by page views, suitcases of cash to fight proxy wars, deficits that don't matter ... past gospels that have been crushed on the shores of reality are more than just tales of past hubris, they are causes of our current woes.

How about blame both? While the chattering class bemoans the counterproductive 'populism', and wait for it ... blames the victim for the crime ... might it also be appropriate to consider that lies and their derivative actions have consequences?

If the custodes are given a free pass on propriety and sobriety why should we suppose that the great unwashed won't look to achieve the same notoriety?

What the heck collect a check.

Strategic default cause it ain't my fault.

The American Dream as American Scheme.

It's back to the last start of a century, the difference being that America then was a start-up on the international scene as opposed to being now, let us say, a stumbling front-runner.

The augury of markets, tis leading or lagging? ... For the folks in Peoria, in truth 'tis just nagging.

Few of my friends or relatives understand what a derivative is, what NSA means, what hedonic imputation references, what a benchmark revision signifies ... but they are thoroughly convinced that the system is rigged.

Put that into your econometric black box and the 'social fabric' punch card that will pop up will be riddled with holes.

Change we can believe in is like a jobless recovery ... learned helplessness leads to cognitive dissonance and the combination therewith results in cognitive helplessness and learned dissonance.
Posted by Anonymous Monetarist at 9:42 AM