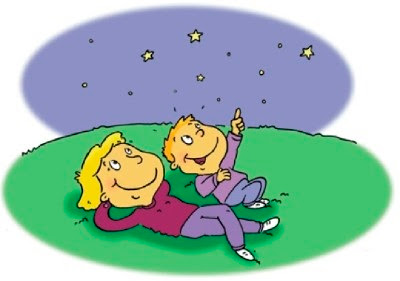 'They say there's gold but I'm looking for thrills.
I don't care if we get there on time.
Everybody's searching for something, they say.
I'll get my kicks on the way.'
-Pink Floyd

'Many have dedicated large parts of their life in the search for the twin Grails of trading: price and time. That they are the same thing juxtaposed on different axis is not a new concept. WD Gann, under the tutelage of his mentor, the British astrologer and numerologist “Sepharial” advanced this proposition in 1935. But Sepharial camouflaged his observations by claiming that they were related to astrological cycles. Indeed they are, but he scrupulously avoided saying that all of these cycles are of Biblical origin. What do you think the wise men, sages and prophets of Biblical time were looking at on those myriad of long nights as they sat outside their tents? They observed the stars and the heavens. And they wrote down, sometimes in code and sometimes openly, the great cycles of the heavenly orbs. Sepharial used that knowledge but fudged naming the source because it wasn’t cool.'
-John Needham

The Bradley model was invented by Donald Bradley in 1948 as part of his book “Stock Market Prediction — The Planetary Barometer and How to Use It” and is based on the movement of heavenly bodies. As a result, it can be calculated months and years ahead of time.

The signals, which are discerned by a siderograph, or star chart, are called Bradley turn dates, and are indicators of trend change not direction.

A proponent of the Bradley method and one of the most mainstream astro-harmonicists is Arch Crawford of the newsletter Crawford Perspectives.

Arch Crawford's prognostications have run hot and cold. Although Mr. Crawford was named as "Market Timer of the Year" by Hulbert's Financial Digest for 2008, he also was one of the 10 worst-performing letters of 2006.

For some historical perspective here is an excerpt from the New York Times, originally published in March of 1995:

'Early last month, Mr. Crawford's forecast was "instability, big time" for March 5 and 6 -- the start of the currency crisis as it turned out. Two months ago, he predicted earthquakes for the days that brought the Kobe tremor. He kind of predicted the 1990 start of the Gulf war: "expect some major catastrophe Aug. 2-7," his newsletter warned, "Mars opposite Pluto suggests coercion, force." So far, forecasting the October 1987 stock market crash is his biggest triumph. "Be out of all stocks by Aug. 24," he warned clients late that summer. And -- win some, lose some -- he has made a number of miscalls, like the market collapse he envisioned in late '82 that turned instead into a record rally.

Mr. Crawford's view of the stars is severely statistical -- or tries to be. "What I do is totally science," he insists, "but in the process some very strange stuff, weird magic, comes to light." Believing that heavenly events affect human events that sometimes affect financial markets, Mr. Crawford calculates percentage changes in the Dow Jones back to 1897, relates that data to astronomical events like sunspots or solar flares and, aided by 28 conventional market indicators, fits the whole into a cyclical prediction line.

What unnerves more conventional stock analysts is Mr. Crawford's latest ranking by the Hulbert Financial Digest, based in Alexandria, Va., which is widely considered the most rigorous national observer of financial-newsletter performance. Of the 42 market timers assessed over the last year, Mr. Crawford is No. 2.'

AM here: In his most recent newsletter Mr. Crawford is suggesting that something wicked this way comes. He is calling for one of the greatest calamities the world has ever seen to occur around July 27, 2010.

The year ahead appears to us to contain the most powerful planetary alignments in centuries, not just decades. These are likely to change the world as we know it in ways that we can see only through a glass, darkly.

It is our fervent desire and hope that the extreme energies released upon the Earth this year will lead to an evolutionary leap in human consciousness. The concern is that they are rattling the fabric of our familiar universe, unraveling the ‘strings’ that have held together the internal, external & geopolitical appearance of our daily lives.

Our Mormon brothers and sisters are required to keep 2 years worth of food and water in their homes. Adopting such practices may save some of us from the developing exigencies?!

Although we are not expecting deep retracements until after the Bradley Astronomic Model turns down during March, and perhaps until other cycles peak during May, the near term is losing some of its multi-month forward motion, & there may be a larger dip ahead now.

Our prediction of higher highs in March are consonant with the recent historical perspective, and are confirmed by higher positive planetary combinations. If, after the March Equinox, market indices begin to erode, breaking trendlines, moving averages & various support levels, we will “Hit the Bid”!!

We have a dichotomy of ‘timing’ staring us in the face this year. It would be considered a ‘done deal’ or a high probability that World Markets will Crash again during 2010. The point of greatest exactitude of the general ‘meanness’ will show itself in late July and early August. During that period Mars will conjoin Saturn, both opposing Jupiter conjoining Uranus (you can joke all you want, but THIS is no laughing matter). Pluto will form a square angle to all four, making a T-Square pattern of extreme animosity.

The dichotomy arises from the Bradley Model showing the Crash period as down from March and culminating with this configuration. On the other hand, our Mars/Uranus Crash Cycle portion of their synodic period, which has contained Every Crash for the last 100 years, bodes the Crash period AFTER the completion of the massive alignment.

We will do everything but guarantee you that stocks will crash worldwide within three months of August first (that is between May 1 and November 1). It is expected that technical market analysis of data generated by current market action will assist in pinpointing most danger/opportunity as critical moments approach. The fate of the world is in the balance!
Posted by Anonymous Monetarist at 9:47 AM