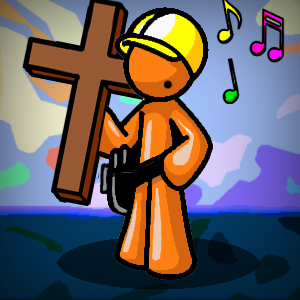 'Our blessed leaders at the Fed have a God Complex, they believe they are bigger than the markets, they will suffer the judgement that history bestows upon all fools.' - unattributed

'A vast accession of strength from their younger recruits, who have nothing in them of the feelings or principles of '76, now look to a single and splendid government of aristocracy, founded on banking institutions and monied incorporations under the guise and cloak of their favored branches of manufactures, commerce and navigation, riding and ruling over the plundered ploughman and beggared yeomanry.'
-Thomas Jefferson

'The time has come for someone to put his foot down and that foot is me.' -Dean Wormer, Animal House

So much outrage so little rhyme.

The fact that the Federales had to build the biggest computer in the world to break every code in the world in order to fill up the biggest data center in the world is freaky enough. The latest revelation that everyones' license plates have been scanned and if you make a public record request you can get a hold of a couple hundred images of yourself driving across these  here Yoo Knighted States is downright creepy. Get ye back Datalogix. Remember it is not a police state until they knock on your door.

But don't worry dear citizen 'tis only to fight the evildoers. Hey if you are innocent then you have nothing to fear and if not well then tie the left hand to the right foot and have mercy on the accused's soul.

Lot of folks crying mercy today. That irascible Uncle Fed, pinching cheeks and givin' noogies to the Atticus Finches of this world that thought that hard work if not returning reward would at least yield some er.. yield.

But yield is for the more equal brainworkers that posit the rest of the economy must yield to their troubles, the never ending gurgling emitted from the rabbithole whence all the QSPEs and VIEs were deposited. The deflationary chasm if you will. All but disappeared from the eyes of us mere surplus eaters, gently ensconced in the depths of the Google Cache.

How much cred does the Fed Head shed  if the Fed Head still had cred? Verily the great Bernak will monetize cows to drive up the price of milk.  A friendly professor employing friendly persuasion to corral the assorted sycophants into enabling Nancy Capitalism and the grand criminal syndicate that is the American financial system. We will keep firing away until morale improves proclaims the Oracle at Eccles. The portfolio balance akin to a trapeze walker, the safety net only stretched for those too Big to Fall.  The subliminal to the folks on the Street is that this generation busted by liquidity lusted  is only partially through the generational workout; we can keep papering over declining living standards with policies that are, of, for, and by the banks; and can win the hearts and minds with the pablum narrative of decreasing the unemployment rate by kicking folks out of the labor force (nudge nudge wink wink) - 89 million and counting.. BOOHAH!

If ideology is the devil verily we live in a ring of hell. Leader Obama rightfully is betwixt and bewildered that the banksters don't love him, seriously(goes his plaintive cry) do you think you would have got half as much from McCain? At minimum Hobgoblin Geithner should wear a monocle and top hat when he disdainfully addresses Congress cackling about reforms and expressing his personal outrage at the latest book that weighs him in the balance and finds him comically lacking. This 'seminal' election that offers the clearest distinction since the founding of the union is naught but a choice of two peas in a pod, the noise masquerading as debate akin to galley slaves fighting over the color of their master's tie.

Romney Robot is equally dismayed that his mercenary past doesn't sell in Peoria. Do they not understand that bloodletting is good for the patient? The black guy said you didn't build it! For the love of Pete they even made me pay more in taxes last year than I should have just to prove that I am a patriot...what more do you people want?

What we want Mittens is what we got. The real referees are back. And all is well.

Posted by Anonymous Monetarist at 9:27 AM