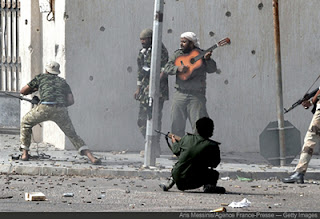 'How low can you go?...here we go again... They'll never care for the brothers and sisters'.
-Public Enemy, Bring the Noise

'You know, we always called each other good fellas. Like you said to, uh, somebody, :You're gonna like this guy. He's all right. He's a good fella. He's one of us.: You understand?... It's like a license to steal. It's a license to do anything.'
-Henry Hill, Goodfellas

'U.S. futures industry investigators are looking into why Iowa-based collapsed brokerage PFGBest used a tiny accounting firm that appears to be operating from inside a suburban Chicago home to audit its books...'
- Chicago Tribune 07/12

'All I know is that first, you've got to get mad.'
-Howard Beale, Network

As the latest Ponzi within a Ponzi unravels within the comics perhaps a moment should be taken to focus on the bigger picture.

A progressive reading the FT and WSJ on a daily basis for years may seem to epitomize the duality of life but in truth how can one fight the power lest one at least stay acquainted with the outtake of said propaganda mills?

To wit, a young turk with most certainly an unabashedly bright future of the name Matthew Schoenfeld ( with CV of  'recent graduate of Harvard Law School'), penned a piece in the WSJ two or 'tree' days ago that was most certainly received fondly by the the proponents of the 'ideology of the rich' and their assorted sycophants.

He used the example of 'Micheal Jordan's exorbitant salary as making the Bulls better overall and by extension the league' to exclaim that income equality ain't what your lyin' eyes record. Quoting the Grand Poobah of Unintended Consequences, Larry Summers, "From the time of Pericles until the end of the 18th century in London-2300 years, standards of living increased perhaps 100%." ; Schoenfeld continues with, 'In the U.S. since 1790, by contrast, real per capita gross domestic product has increased nearly 4000%. Quality of life, in other words, increased 40 times more in 220 years of American history than it had globally over two millenia.'

He concludes with, 'perhaps a century from now low-income Americans will pity the living standards of today's 1%'.

Golly gee so I guess the surplus eaters stricken by the failure to liquidate the insolvent criminal syndicate and suffering from the greatest level of income inequality (give or take a few percentage points) since I don't know... the Tyler Rebellion of 1381... should count their blessings that they have indoor plumbing, and neither have to worry about the plague nor the fixing of maximum wages?... (they only fix minimum now).

It is obvious Matthew that your time at Goldman Sachs , Lehman Brothers, 3GCapital, and your upcoming stint at Morgan Stanley after graduation has and will give you a robust appreciation of the 'little people'.

Perhaps you might though be interested  in what some of your fellow students (admittedly  from a much lower caste) have to say on the troubles of the 99%.

Cwcs.ysu.edu/resources/cwcs-projects/defacto  ...  has been compiling a metric for 5 years now that calculates the defacto unemployment rate.

It is of interest to discerning folk for it closely mirrors the methodology employed to calculate unemployment during the First Great Depression.

Total 26.1% (looks like there is a typo on their site on the discouraged total).

Again their methodology is similar to GD1, where they basically counted up folks that were able, and had worked in the past,and were not working now. Yes I know that  the Jan '12 defacto total includes disability but gentle reader we all know folks on disability... need I say more?

Another adjustment when comparing to GD1 is that given the Keating-Owen Act there were industries where it was legal to hire 'em on their 14th birthday.

So gentle reader forget about income inequality, forget about the defacto unemployment rate, cause the top1% back in GD1 should be pitied by today's huddled masses where the intertubes are free and the check is in the mail.

So Long, and thanks for all the fish Matthew.


Posted by Anonymous Monetarist at 12:03 PM