Those too astute to buy refute you. 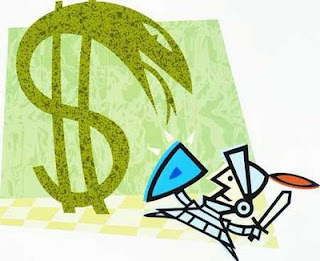 A brief dispatch from a pragmatic outpost on the outskirts of the ideological empire.

Manufacture of contempt cause it's only a Great Depression if they say it is? Check.

Failure to liquidate the insolvent banksters has liquidated the productive economy? Check.

No need for this fella to opine regularly as the song remains the same although there have been a few amusing happenings as of late... and that's a gift that our political cycle just can't help giving.

Watching the POTUS's SOTU half expected to see a crawl at the bottom showing job listings. Human Resource Manager in Chief... seriously?

And the publican response? Why it's Mourning in America. Our nation as a whining city upon a hill whose QE blight beguiles Nancy Capitalist loving people everywhere.

And more importantly sayeth Mortimer we'll get those soldiers back in there! We'll turn those wars back on, or at least do a little Persian nation building.

But to top it off.. to find that in this election cycle the establishment political candidate that purportedly supports the only rational economic policy is, given his co-opting of Dr. Paul, Newton Leroy McPherson? Well for a liberal progressive that isn't just falling through a rabbithole it is a rip in the space time continuum.

Ah Newt... born of teenage parents, participant in Venn Diagram marriages, Freddie Mac millionaire...who else could take the mantle of an outsider preaching family values. Given that his teenage parents were married for three days he obviously felt he had the experience to once advocate orphanages for the children of single unwed welfare mothers.

His surname of Gingrich came from his teenage father giving up parental rights in exchange for skipping his child support payments.

He truly is, aside from a complete inability and/or desire to connect on a retail level, the Republican Clinton.

Mere fodder for the comedy channels no doubt...

But at the end of the day sus lying ojos can't help but make the smiling propaganda gazetter's black and white arguments seem a bit more sepia.

The Grey is more than just Liam versus the wolves it is the shade we all live in, the twilight of Empire, where the ideology of the rich battles the struggling pragmatism of making a payment on time.

It is the cusp of the demographic black diamond slope versus the bright light of entitlement for the more equal brainworkers.

The battle of right versus trite, exposition versus expediency, socialized guts versus diminished glories, and ultimately Mr. Hand's chimera of currency debasement versus productive growth.

Truth makes strange bedfellows but not if folks fail to agree that there is at least a bed in a room in a house on a block somewhere... anywhere ...where the pillow talk isn't impuning the other's patriotism.

Doing God's work whilst being hell bent to seek rent doesn't trickle too terribly well when the world is concurrently walking through the Valley of Debt and fearing no easing.

Eventually something has got to give.

To all the naysaying nabobs of Nancy Capitalism, who think that social mobility is accessing Facebook on their cell, that the Pareto curve describes a major leaguer's out pitch, who believe the worth of a man is judged by the size of his wallet, who continue to argue about nickels whilst the solons steal gold bars out the back, and try and sell hope by enabling despair...

Those too astute to buy refute you.
Posted by Anonymous Monetarist at 9:49 AM

Nice article, thanks for the information.