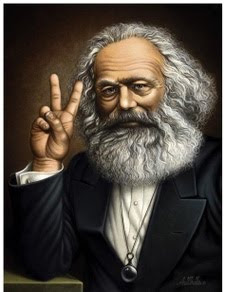 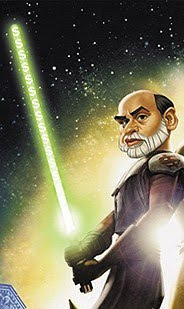 You got no time for the messenger,
got no regard for the thing that you don't understand,
you got no fear of the underdog,
that's why you will not survive!
-Billy Joel


The Oracle at Eccles will bless us mere surplus eaters with transparency this week er scratch that will bless us with unveiling the latest in a series of Jedi mind tricks.

‘You don’t need to see our collateral.’

‘This is not the monetization that you are looking for.’

‘Go about your recovery.’

After all it can’t be monetization if it is only temporary unlike death and taxes which unless we apply some semblance of egalitarianism to the latter will result in the economic forecast, the least for the most, of the former.

And golly don’t expect us to keep track of the collateral folks, seriously we’re still using Windows 95. And it is hard to get that stuff onto floppies. Would you care for a nice game of Pong?

But let us all raise our liquidity chalices Nancy Capitalists to the Glee-shaped Recovery! Let us cheer the depreciating scrip and the magnificence of America’s wealth exporting machine!

All this whilst wealth inequality is approaching levels last seen since, gee I don't know, the Tyler's Rebellion of 1381?

No wonder 84% want no change to Medicare. No wonder a majority favor increased spending over decreased spending. In fact the only majority for decreased spending is for foreign aid (YouGov poll). McClatchey-Marist recently reported that almost 70% oppose raising the federal debt limit - however 80 percent, including 70% of the teabaggers, oppose cutting Medicare or Medicaid to deal with the budget deficit. Good luck with that.

Where you sit is where you stand.

But you are going to need to stand for something America lest you fall for anything.

Perhaps it is appropriate that a narcissistic, egomanic, borderline pathological, deadbeat shill is at the top of the leader board in the Republican sweepstakes.

Every day in every way this s#$ is starting to resemble a bad science fiction movie from the 70s.

But above all let’s get the spokesperson for the supranational star chamber to better articulate the psych-ops that will keep those shoppers happy and ignore this slow train-wreck of a Great Depression by refuting, negating, and verily daring them to believe their lying ojos….

And at no time will his hands leave his arms.